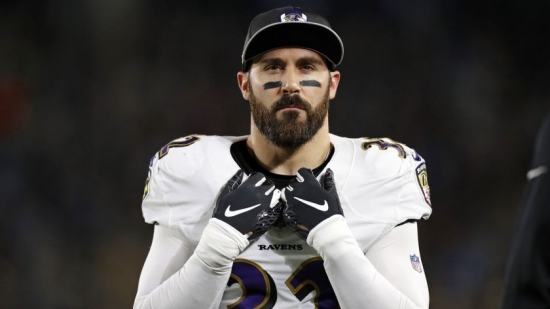 A two-time Mountain West Conference Defensive Player of the Year at Utah, Eric Weddle was drafted in the Second Round in 2007 by the San Diego Chargers.  Weddle took over as the starting Free Safety in his sophomore season, and he would play for the Chargers for nine seasons, with three of them earning him a trip to the Pro Bowl.  He would also be named a First Team All-Pro twice (2011 & 2014) and would lead the NFL in Interceptions with seven in 2011.

He would then join the Baltimore Ravens for three seasons, and he was a Pro Bowl Selection in all of them, bringing his overall total to six.  He joined the Rams for one final season in 2019 before retiring.

Should Eric Weddle be in the Hall of Fame?