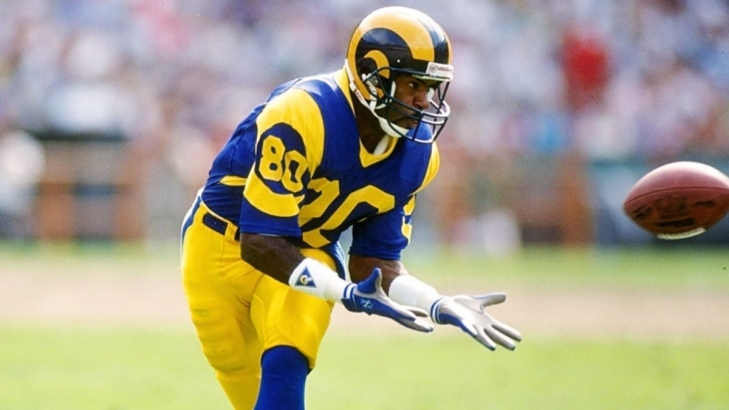 One of the greatest athletes ever to come out of Fresno State, Henry Ellard was used as both a Wide Receiver and Punt Returner in his first few seasons in the NFL.  Ellard was still catching his fair share of passes, but he was good enough as a Punt Returner to be named a First Team All-Pro and a Pro Bowl in 1984.  Ellard would go on a tear where from 1988 to 1991 he would exceed 1,000 Receiving Yards, the first of which saw him lead the National Football League with 1,414 Yards and he was named a First Team All-Pro again.  The Wide Receiver would finish fourth and second in Receiving Yards the next two seasons and overall as a Los Angeles Ram he totaled 9,761 Yards from the air.