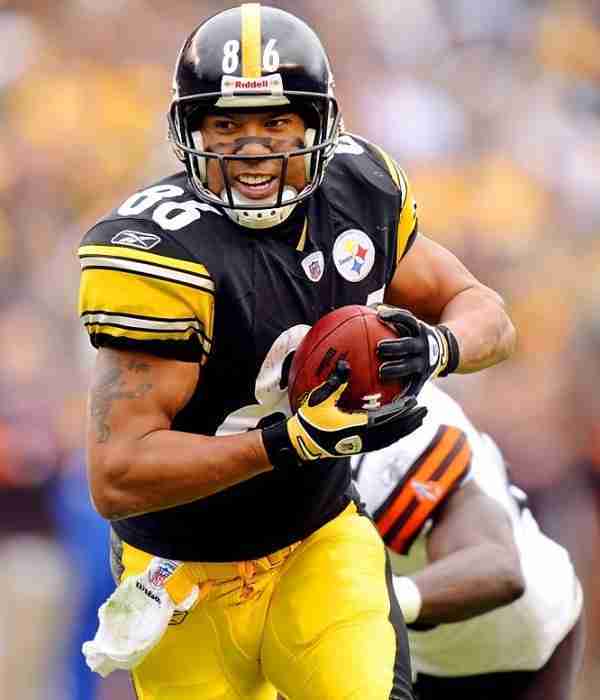 The all-time leader in Receiving, Receiving Yards, and Receiving Touchdowns in the history of the Pittsburgh Steelers franchise, Hines Ward brings the accumulative statistical resume that you would expect from a Wide Receiver in the Pro Football Hall of Fame.  Ward amassed over 12,000 Yards Receiving, an even 1,000 Receptions, and most importantly was a large part of the Pittsburgh Steelers Super Bowl wins in 2006 and 2009, the first of which he was named the MVP of.


Still, Ward was never named to a First Team All-Pro squad, and despite his strong numbers and playing in a high-profile market, he was not ever called the best Wide Receiver in the game.  He is much lower than the other great names of his era in Yards per Game and Touchdowns also over his career. Does that take away the great lifetime stats and the Super Bowl wins?