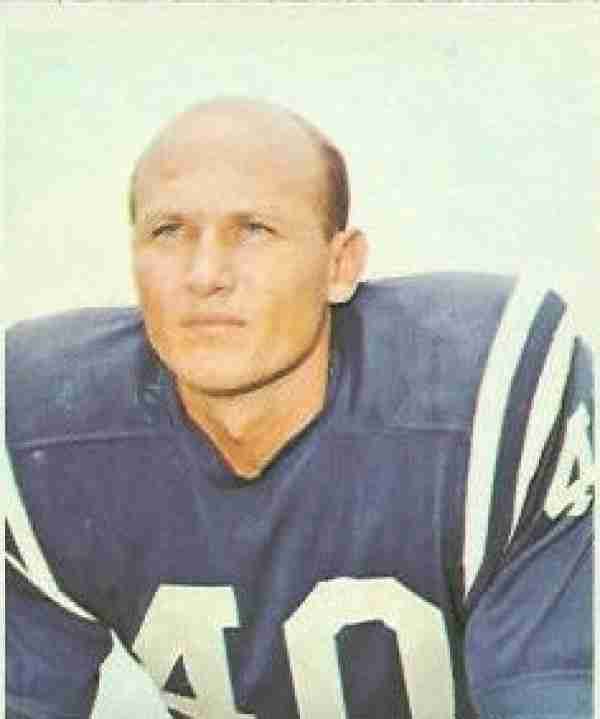 As much as football changes, there are some statistics that will always remain critical to the game.  One such stat is the Interception, which is one of the biggest game-changers regardless of era.  In the ’60s, Bobby Boyd was one of the masters of the pick.


Although Bobby Boyd was only in two Pro Bowls (though he was a three-time First Team All-Pro) it is hard to look at his career and really find a down year. In his nine years in the National Football League, Boyd nearly averaged an interception for every two games he played.  Basically, Bobby Boyd could be counted on to turn the tide of a game several times in a season.  As an excellent runner, Boyd was extremely dangerous once he intercepted the ball, and rarely would his picks result in zero yards.

Although he was very good, he is one of many who slipped through the cracks.  He had the misfortune of joining the Colts the year after they won a championship, and though they were good through the ’60s, they never won a title during his tenure.  Had they done so (let’s say Super Bowl III perhaps?) would Boyd have been the recipient of a Hall of Fame legacy?

-2 #4 jj 2015-03-01 11:58
ah baldass bobby boyd lol
Quote
+1 #3 1971 GHS Owls 2013-07-22 01:28
I am from Garland, Texas and remember the days of Bobby Boyd playing for the Owls. I have several pictures with Bobby as a small child. I remember watching him play in the annual Oklahoma/Tex as Red River Shootout at the Cotton Bowl when the goalposts were made of wood and traditionall y torn down at the end of the game--not many will remember that. Forget not winning Super Bowl III. Many enshrined in the Pro Football Hall of Fame NEVER won a Super Bowl either--much less play in one. Bobby is a class act, leads the Baltimore Colts in interception s, and made the roster of the Baltimore Colts when the odds were stacked against him. To the voters of the Hall of Fame--he needs and deserves to be enshrined. Thanks so very much Ronnie Watson, 1971 Graduate of Garland High School
Quote
-1 #2 kyle hall 2013-07-20 19:58
My dad, Howard Hall, told me stories of his high school friend and fellow garlandite bobby boyd and bobby actually let me try on one of his rings at jaydee wynns wedding...go od times indeed!
Quote
+1 #1 kathie carlson 2012-08-04 07:04
Got to love Bobby Boyd!!! The Valles always love a Garland Guy!
Quote
Refresh comments list
RSS feed for comments to this post