I Can't Stop Loving You 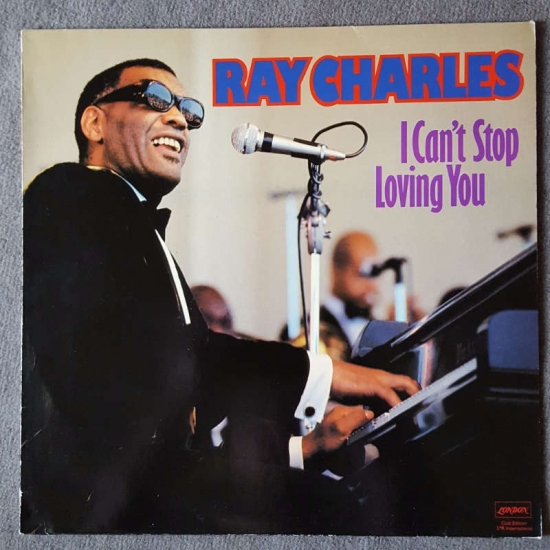 I Can’t Stop Loving You

I am not sure how this happened, but as much as I have been a longtime devotee of Ray’s Music Exchange in Chicago “I Can’t Stop Loving You”, Ray Charles’ third and final Hot 100 number one makes me always think of Don Gibson, the original artist and country music star from the late 1950’s and 1960’s.[1]

Gibson, a Country Music Hall of Fame inductee, had 22 Top Ten country hits, the third of which was “I Can’t Stop Loving You”, a song he wrote and crossover to number #81 on the Hot 100, which isn’t exactly a huge hit by mainstream standards yet somehow, be it through some 1950’s country infomercial that ran a thousand times or perhaps in a Waffle House jukebox pit stop, I remember his original far more than the far more successful Ray Charles adaptation.

Or is it just that in some ways this doesn’t sound like Ray Charles?

Maybe that is it.  When I think of Charles, I think of the soul and early R&B influence.  I think of the sunglasses, the piano and the smile that came across with every appearance.  I don’t think of how he was influenced by country music, yet why is that?  Listening to the first twenty years of Ray Charles you hear rock and roll, soul, R&B, country and gospel, the backbone of what modern music is all about.  There have been music historians who have stated that Charles is more important to the musical canon than Elvis Presley and though I may not necessarily agree, I can see their point of view.

Prior to the British Invasion, the musical styles that were popular in the late 50’s and early 60’s were styles that Ray not only mastered, but he helped define.[2]

While the Englishman like so many others who had hits in the early 1960’s would not obliterate Ray Charles, he would not be as successful throughout the rest of the decade.  Charles was still a major force on the charts and would strike the top two more times on the R&B chart but while he was still a respected musical figure he wasn’t necessarily a “cool” one anymore to a certain demographic.

That is the thing with artists who would become known as legends.  They emerge as stars, get forgotten by the next generation, and are rediscovered all over again, and on occasion in the generation after they receive a biopic where they are portrayed by a huge Hollywood star.

[1] If you saw the Blues Brothers movie, you know exactly what I am talking about.   For whatever reason I am craving four fried chickens and a Coke.

[2] I know, I know.  I have been squawking about the British Invasion and the Beatles in general long before one of them hit the top, but their impact on music and the Billboard chart can never be undersold.  Anyone who tries needs his or her head examined for a lobotomy.

More in this category: « Stranger on the Shore The Stripper »