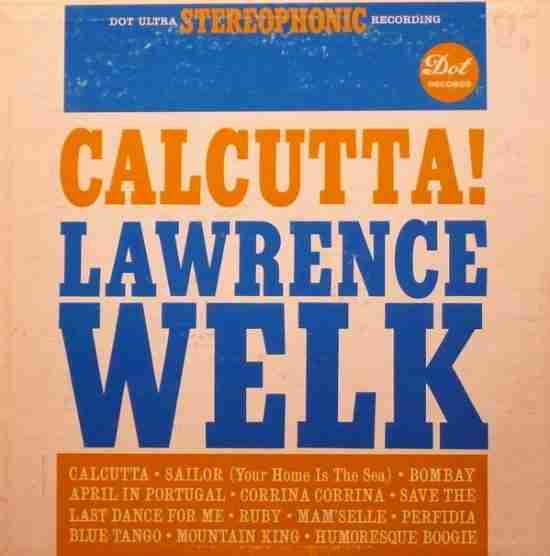 Lawrence Welk and his Orchestra

This can’t be right.

I knew I would be talking about obscure number ones and artists you would never think went to the top of the Hot 100, but Lawrence Welk?  This was a guy who when he emerged from the womb already had a fan base that was nearly dead.  Sure, I knew that he was immensely successful and had a television program that lasted decades but this was catered to an audience that really couldn’t have that much of an impact on the Hot 100 right?

Prior to the inception of the Hot 100 in 1958, Welk had actually been in the Top Forty twenty-three times, beginning from 1938.  That wasn’t surprising to me, as the pre rock era had an infinite amount of orchestras and big bans that were on the charts, but by 1950, Welk was already into his 50’s and was about as anti-rock and roll as it came.

His show (The Lawrence Welk Show) had already been on the air for nearly ten years, having been on locally in Los Angeles on KTLA from 1951 and picked up nationally by ABC in 1955.  Welk’s show did not embrace rock at all and on occasion would make fun of the wacky music the kids were listening to, but regardless of that it disenfranchised the youth to some degree it was an unquestioned ratings hit.

Remember that this was a time when nobody had two televisions or a remote control for that matter so if mom and dad were watching Lawrence Welk that was what would stay of TV for the household.  With the power of the medium behind him, while approaching his own golden years, was entering a golden age of popularity and with easy listening starting to boom, he was more successful than ever, especially in the calm era before the British Invasion.

Like so many hot singles, Welk had the right song, at the right place at the right time, and in 1960 “Calcutta” would reach the top, the first and only time he would achieve that feat.

Welk would do this with a song that originated in Germany[1], a 1958 composition originally titled “Tivoli Medoly” and would undergo a few name changes, would add lyrics referencing women from Calcutta, which would now become the official name of the song.

Whether or not Welk or anybody who tweaked the song in any capacity had ever been to Calcutta, or India for that matter is up for debate but let’s just say that beyond the title of the song there was nothing that even remotely indicated that any part of the Asian subcontinent was influential to this song at all…not that the North American listeners of 1961 knew anything that was going on in this region as this was nearly fifty years before Slumdog Millionaire and Raj from the Big Bang Theory.[2]

Regardless of Lawrence Welk’s knowledge of Indian culture, the man was on top and in addition to having a number one song and a hit television show; the album that included “Calcutta” was number one for three months.  His show would remain on ABC until 1971 and would switch over to syndication for another decade and would live on in reruns, all of which I am sure my German grandmother watched.[3]

[1] I am starting to think I should write a book that only discusses the German impact on American music.  Ok…just finished thinking about it…nope.

[2] Come to think of it, Apu from the Simpsons was probably the first regular Indian character on American television…and probably is still the best known.  Sorry, Mindy Kaling!

[3] I remember my Aunt taking my grandmother (much to her chagrin) to a Lawrence Welk concert, but this was long after he died.  Basically it was people associated who were once associated with the show.  Sounds like a Beatles concert starring Pete Best’s nephew.

More in this category: « Will You Still Love me Tomorrow Pony Time »