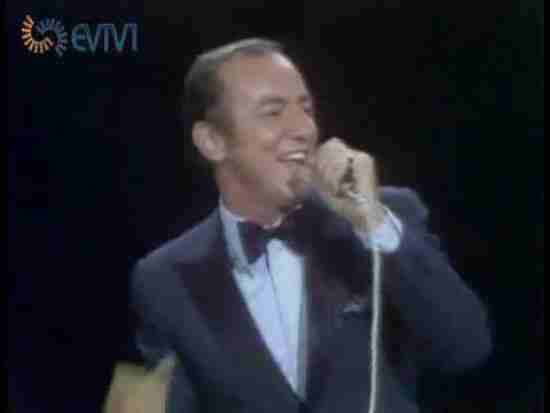 Did I mention that Kevin Spacey should not have played Bobby Darin in the movie?

This is the hard part of the process whereby a song comes back to the top of the chart and here I am struggling to come up with another take on an already discussed song and artist.  As we are entering the end of the 1950’s, a certain trend has arrived at the top and even more so for the rest of the top ten.

In the first portion of “Mack the Knife” that I wrote, I discussed that of Darin’s most known hits, that this had a big band sound, essentially a throwback to the start of the decade.  This isn’t a bad thing at all, as Darin hit this out of the park and there is no real questioning as to why this was his most signature hit of all time.  Saying that, did the people over 30 really pick up that this was a song about a gangster, even despite the title?

If they did, did they even associate anything nefarious to it?

No, they probably snapped their fingers to it and hummed along to this catchy song and the result was a cross-generational classic that was “safe” to play on the radio, regardless of what Mack the Knife did in the song, which explicitly discussed murder and discarding the body in the water.

Like most songs, most people didn’t pay attention to the words and hummed along to it, though isn’t this one of the best songs to do that to?

Moving along, we are smack dab in that era between Elvis and the Beatles and we are not exactly going to be discussing over the next three years of songs Rock and Roll innovation, though fear not…if anyone can crowbar that into the conversation.

Actually, I am more likely to pry in nonsense, speaking of which…

In the 1980’s, McDonald’s used a crescent shape moon head figure wearing sunglasses and playing the piano as part of an advertising campaign.  Named “Mac Tonight”, the singing moon crooned the benefits of eating McDonald’s food by basically changing the words to “Mack the Knife”.

The campaign actually did well, and it appealed to baby boomers as well as youngsters who thought that there was a certain coolness to the character, not that they were really able to identify what that was.[1]

There was however one major problem…

Nobody from McDonald’s bothered to ask permission from the estate of Bobby Darin to use the song.

Bobby’s son, Dodd, successfully filed an injunction to have the commercials removed and also sued the fast food giants, which ended Mac Tonight and brought Mack the Knife back to Bobby Darin.

Damn…now I want some McNuggets.

[1] Is it really hard to be considered cool when you are compared to Ronald McDonald?  Now the Hamburgler?  That guy was cool!
Tagged under
Tweet