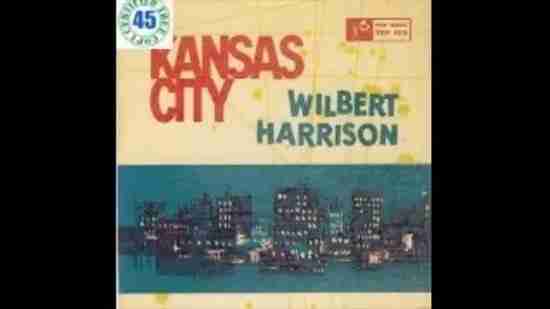 
The Jerry Lieber/Mike Stoller team is back, though this time we have to go a little further back in time to get there.

In 1952, the prolific songwriting duo was just getting started and the two nineteen year olds had just come off writing their first hit, “Hard Times” for Charles Brown, which made it to #7 on the R&B Chart.  Amongst the many songs they wrote at the time was “Kansas City”, which was inspired by the music of KC native, Big Joe Turner.

Now the fact that they were born in the East Coast didn’t stop the two Jewish youngsters who would later migrate to Los Angeles but had never been to Kansas City from writing a song about it and originally they wrote with the intention of having Little Willie Littlefield sing it.  Personally, I have never been to Kansas City either, but I know it has a decent blues scene, some good BBQ and they support their sports teams.  I also know that Kansas City has a ring to it that not many other three syllable American towns have.[1]

Littlefield’s gritty version did not chart, but the song would be re-recorded often and would again by Wilbert Harrison, a Charlotte born musician who had toiled around in relative obscurity for roughly seven years before he met Harlem based producer, Bobby Robinson who opened an establishment called “Bobby’s Record Shop” in 1946, which holds the distinction of being the first black owned business on 125th Street, a road known as being the “Main Street of Harlem”.

For Robinson, record store owning slowly turned into record producing and it would become a community hub for music.  Robinson would produce R&B records throughout the 1950’s but it was in 1959 that he would really break through.  The previous number one that we talked about by Dave Cortez was also produced by Robinson and he would later produce recordings by Elmore James, The Shirelles, Gladys Knight and the Pips and in the late 70’s, Grandmaster Flash and the Furious Five, and with Harrison he would have his second number one in a row.

Harrison approached the song in a bluesy style (as the song intended) but the multi-faceted singer who was capable of Calypso and Country and would later show elements of that in his recordings, brought a stripped down version of the song that had huge crossover appeal and would go to the top of both the Hot 100 and R&B Chart and it looked like Wilbert Harrison was poised for a huge run, only not because he didn’t have the material, but because he had issues with his previous record company, who he thought he was no longer under contract to.

Wilbert had released some material with Savoy Records from 1954 to 1956 to little fanfare and the legend has it that he was literally thrown out of the office by the head of the label.  Wouldn’t you think you were fired after that?  However, a contract is a contract and now that Harrison proved that he was worth some money he had to go through a maze of legal red tape that killed his momentum.  It would be a decade before he had another hit, “Let’s Work Together”, but it would be his last and would only go to #32 and isn’t really remembered much today.

Wilbert Harrison may only be associated with one song, but if you ever get a chance to listen to some of his other material, give a listen to one of the most underrated performers of the 1950’s and early 60’s.

Trust me, you won’t be disappointed.

[1] Did you ever hear a good song about Milwaukee?
Tagged under
Tweet

More in this category: « The Happy Organ The Battle of New Orleans »