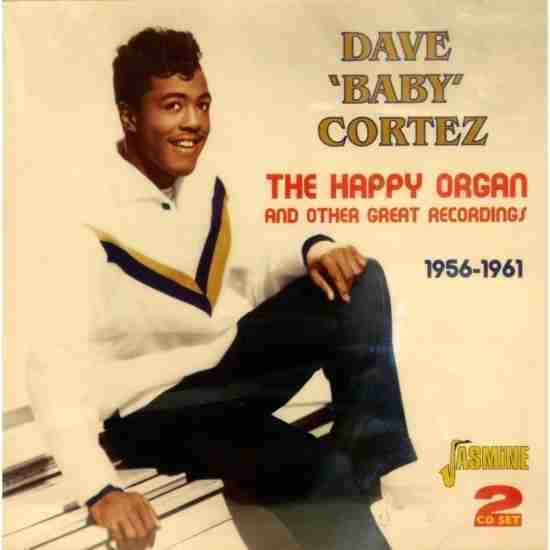 
First off get your head out of the gutter, and yes I chuckled too when learning that I would be writing about “The Happy Organ”.[1]  Now, if you can keep your mind PG, it might just be the most appropriately named number one song that we will talk about.

Instrumentals have always been a part of the Hot 100, though it appears that it was far more common before the British Invasion.  This would lead to a lot of artists who would come off as one hit wonders as more often than not they would never be able to duplicate what worked in the first place, and also there was only so many places in the Hot 100 that would be held by wordless songs.

Dave “Baby” Cortez was not a one hit wonder, as in 1962 he would have another top ten hit with “Rinky Dink”[2], but mostly it is the Happy Organ for what he would become most known for.  Cortez was not the bluesiest of musician but he had a command of the pop landscape and knew how to make a smile occur with his organ.[3]

Before I do another bad double entendre (intentional or unintentional) I remember an older ex-coworker telling me about a time many years ago when he got into a road rage incident that culminated into both of them pulling into a gas station so that they could settle this dispute with their pugilistic prowess.  Now why they pulled into a place with security cameras and witnesses I don’t know, but he told me that when they got out of their respective cars it was though neither really wanted to fight and they both had each other in a hockey clutch, where they each had the others’ jacket scrunched up in their hands.  He claims that “The Happy Organ” started to play, and neither wanted to fight anymore, or at least he didn’t and immediately thought the whole argument was absurd and couldn’t remember who cut off whom in the first place.

Now whether this is true or not, I couldn’t tell you.  At various points he told us that he was once a member of the New Zealand Militia, a former Chippendale and first in line at the Woodstock festival of 1969, so the odds of this one being accurate isn’t strong.  I do know that if you listen to the song, you could see it being possible, or at the very least it might just put you in a good mood for at least a few minutes.

Though now the more I think about it, two white trash men fighting at a gas station with “The Happy Organ” playing in the background might be good comic relief in a film noir.  If you see that in a movie, remember where you read it first.

[1] Two chapters in a row find me doing a Beavis and Butthead laugh.
[2] Yes, another song that makes you think of phalluses.
[3] Ok, I wrote that one on purpose.
Tagged under
Tweet

More in this category: « Come Softly To Me Kansas City »