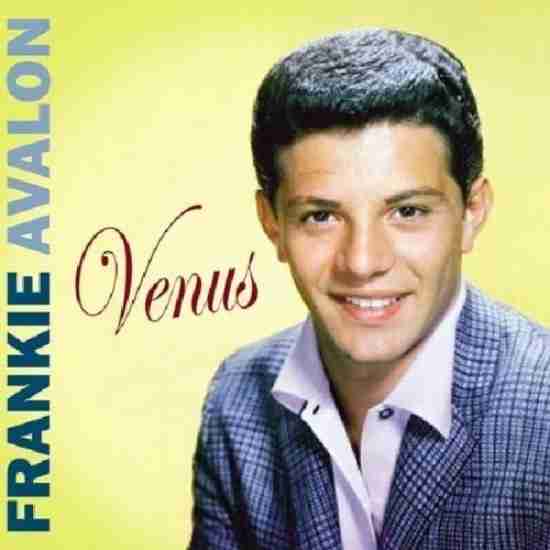 
The idea of fabricated teen idols in music is nothing new.  Hell, regardless of the medium, slap a good looking teen or early twenty-something to it with a half way decent personality and it should sell, so the late 1950’s saw multiple teen idols trying to fill the void the Elvis left behind when he was in Germany serving his country.  Avalon was definitely one of them, but he was significantly better than the others of his kind.

Throughout his career, Avalon was always lumped in with Bobby Rydell and Fabian, two other teen idols who came up at the same time and who would tour together throughout the 1980’s as the “Golden Boys”, though personally I remember them mostly when they all appeared on an episode of the Facts of Life during the Cloris Leachman years.

Uh oh…I feel a tangent coming on.  Not that you asked for it, here are my ten most memorable episodes from the Facts of Life:

Season 2, Episodes 1 & 2:  This was the two parter where Jo became a new cast member and dramatically altered the focus of the show and streamlined the cast.  Realistically, there were too many girls on this show anyway.

Season 3, Episode 15:  Tootie becomes obsessed with Jermaine Jackson and gets to meet him backstage at a concert, where she discovers that celebrities generally don’t have a lot of time for their fans, and Jackson comes off as a bit of a tool.[1]

Season 4, Episodes 17 & 18:  Jo is inspired to become a nun from Blair’s stepsister who was played by Eve Plumb (Jan Brady).  This was so out of left field for the character of Joanne Polniaczek, that the absurdity made it must watch.

Season 6, Episode 2:  The girls take Mrs. Garrett’s recipe and try to sell pizzas.  I just really like pizza, so hence why it is here.

Season 6, Episode 5:  The Girls go cruising through the town, but this was the first episode where Tootie took off her braces.  My fourteen-year old self automatically knew the answer to the Blair/Jo debate that was my generation’s Ginger/Mary Ann.  The answer was Tootie.[2]

Season 7, Episode 7:  Andy signs the girls up for a singing contest where the winner would get a chance to record a song with El DeBarge, who was Andy’s favorite singer.  This led to every teenager in the country asking; “What kind of person has El DeBarge as his favorite singer?”[3]

Season 8, Episodes 5 & 15:  This features an appearance by Stacey Q as “Cinnamon”.  I don’t remember much other than she was in it, and I thought she was pretty hot at the time.

Season 8: Episode 6: The girls cut from the first season (minus Molly Ringwald who didn’t need the paycheck at the time) come back for a reunion.  Seriously, I found that closure to those minor characters, and yes I like that.

Season 9: Episode 16:  Now remember I said memorable, not necessarily favorite.  This was the episode where Natalie lost her virginity to her boyfriend Snake, who was played by the same guy who was Damone in Fast Times at Ridgemont High.  Of the four girls to imagine losing their virginity (and it was implied they all were) nobody wanted to picture Natalie.

Yeah, I don’t know what any of that had to do with Frankie Avalon either.

Even though this wasn’t the era I grew up in, I knew that Avalon was a bigger deal than Rydell and Fabian, and the more talented of the three, though being more talented than Fabian wasn’t that hard.

Frankie Avalon was already in a band (called Rocco and the Saints) when he was discovered by Bob Marucci, a late twenty something songwriter and owner of his own record label, Chancellor Records.[4]  Avalon would record what was mostly Marucci’s material and it wasn’t long before he was a major star.  Teenage girls loved him and their parents didn’t mind, as Avalon did not look like a threat with his small stature and cute appearance.

After a few top ten hits, Avalon went number one (ironically with a song not written by Marucci) with Venus, a song where he pleads to the God of Love to bring him a girl that he can love, and will return the same affection.  It would become Avalon’s signature song and would make him one of the big stars of 1959, and Marucci had finally made an idol.

Twenty-one years later, a movie called the “Idolmaker” came out where Marucci served as a consultant.  The film mimicked what transpired between Marucci, Avalon and Fabian, the latter of which he literally made a star because of how he looked.  Fabian, who had know singing experience had every aspect of his career cultivated by Marucci to the point where he would later say that he felt like a puppet, which essentially he was.  Fabian would admittedly say in later interviews that he didn’t know what he was doing and after three years his musical career was over at the age of eighteen when he bought out the remainder of his contract for an alleged $65,000.[5]

As for Avalon, his relationship with Marucci was far less controversial, and he would have a very successful second career, which we will talk about when we get to his second number and final number one hit.  Coincidentally, a disco remake of “Venus” in the 70’s would be his final Top 40 song.

[1] Was Jermaine so desperate to be on TV that he would allow himself to appear where he basically said he didn’t pay attention to his fans?  Considering he would later appear on both Celebrity Big Brother and Celebrity Wife Swap, let’s say the answer is yes.
[2] Notice how nobody ever picked Natalie.  Frankly I would have rather had sex with Mrs. Garrett than Natalie.
[3] Best part, the girls’ band name was Sexy Lingerie.
[4] Rydell was also in the group.
[5] I spent some time (not a lot) looking at the Golden Boys perform in the 80’s.  Fabian was right, he didn’t know what he was doing.
Last modified on Sunday, 23 October 2016 21:06
Tagged under
Tweet

More in this category: « Stagger Lee Come Softly To Me »