It's All In the Game 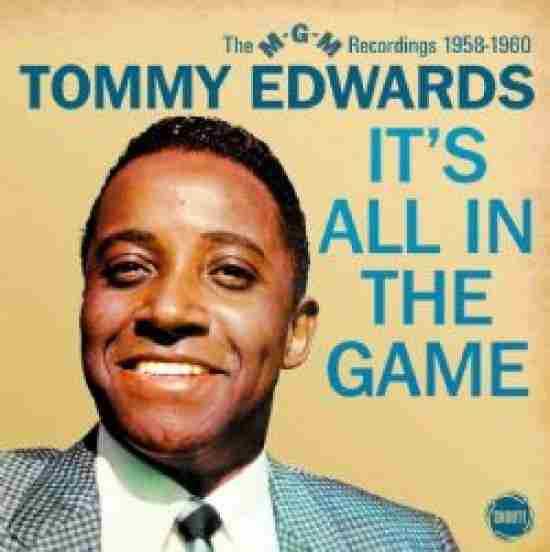 
Pop Culture is a young person’s game; at least the participation of it is anyway.[1] This doesn’t mean you can’t become relevant in your late 30’s or beyond; you certainly can, but when the key demographic is the age between 19 to 34, and you yourself are not a member of that age group, cracking through is a hell of a lot harder to do.

My all-time favorite example of this was Rodney Dangerfield, who became a bona fide star with the release of Caddyshack in 1980, when he was already 58 years old and really didn’t have any kind of show business success until he was 40. Still, Rodney, whose catch phrase of how he got “no respect” was likely a thinly veiled shot at how it took him years to make it, is a pop culture exception, and in the world of popular music it is a lot of harder, even in the late 1950’s.[2]

Now 36 isn’t that old, but it is if you are Pop Music star post 1955, and the odds of having your first major hit at that age are certainly against you. That made the ascension, all be it a brief one for Tommy Edwards to the pop chart all the more remarkable.

Edwards had already been a considered to be a decent songwriter, his biggest success being penning “That Chick’s Too Young to Fry”, which was a hit in 1949 for Louis Jordan. He would be signed to have a record deal of his own, and a few hits in the pre-Rock and Roll era, but no song that really made a huge impact. Edwards had already released “It’s All In The Game” in 1951, which went to #18, but with a feeling there was still some life left in the song, he would rework it years later.

The song itself was originally composed by Frank Dawes in 1911, and was originally called “Melody in a Major” and much to Dawes’ surprise after he showed it to a friend, the song was published. Dawes is worth mentioning, as he would later be the Vice-President of the United States under Calvin Coolidge, thus giving the answer to the infrequently asked question, who is the only Vice-President to ever go number one on Billboard?[3] Based on the Veeps we have had since, that distinction looks pretty safe.[4]

Carl Sigman, who made a career of taking early instrumental pieces and putting lyrics to it, did the same with this song. Many people, including Edwards recorded it in the early 50’s. Years past his last hit, Edwards, who allegedly only had one more session under his contract with MGM opted to re-record “It’s All In The Game”, but this time with a more modern arrangement and the result was the biggest hit of his career and one that extended his career and life at MGM.

The song would make a bit of history, as it would be the last song to top the Best Sellers in Stores in both the Pop and R&B Chart as they were terminated on October 20, 1958 as for Edwards, he would manage a few more minor hits before it was all over.

Chart success? “It’s All in the Game”.

More in this category: « Nel Blu Dipinto Di Blu It's Only Make Believe »