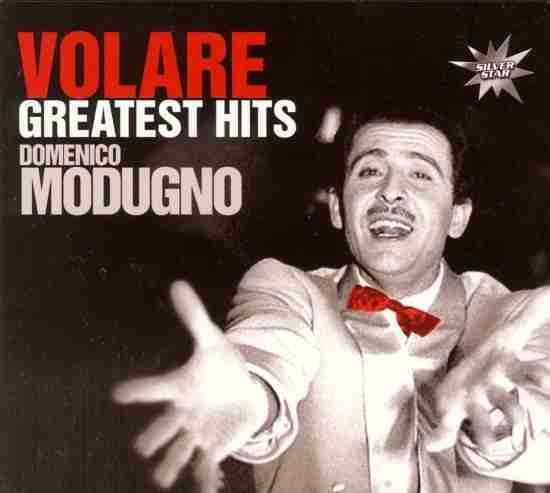 Now my knowledge of Italian-American culture in the 1950’s was pretty much learned from watching the Godfather Part II, but it is a fact that Italian immigration once accounted for ten percent of the foreign born population of the U.S., and it was a very proud and growing community. As myopic as it sounds, Italian culture for many North Americans, really doesn’t extend beyond knowledge of pasta and wine, but since that didn’t have a “foreign” feel to it, a song only in Italian could become a hit in 1958 America.

Now though the song was in Italian, non-speakers of the language loved the simple chorus…or at least remember half of it anyway:

The song was about being in love and how it was akin to like flying (volare). Though the song was in Italian, (of course it was about love and romance!) Mostly all people remember was just the catchy chorus, and it is doubtful that most listeners even cared what the “volare” meant. Hell, until I researched the meaning, I didn’t know myself!

Incidentally, according to Billboard, this was the number one song of the entire year of 1958 and the answer to the trivia question, “What song won the first ever Record of the Year and Song of the Year at the Grammy Awards”.[1] Coincidentally, The Chipmunks won two Grammys that year too. Now where was Kanye West to protest those?

As for Modugno, he would never had a hit like that again, but considering this was an international smash, and he was the writer, we think he was able to buy a lot of fine Italian wine with the royalties. He would remain a star in Italy until his death in 1994.

Somehow I want to grab some red wine. I bet many of you do to.

Other Notable Songs that charted but did not go to number one in this time period: August 18, 1958 – August 24, 1958.
8/18/58: My True Love by Jack Scott went to #3 and went to #5 on the R&B Chart.
[1] Not at all what you would of thought would be is it? Still, the Grammys have been irrelevant to me anyway, especially when Jethro Tull won the first ever Best Album for Hard Rock//Metal beating Metallica’s “…And Justice For All”.
Tagged under
Tweet

More in this category: « Poor Little Fool It's All In the Game »