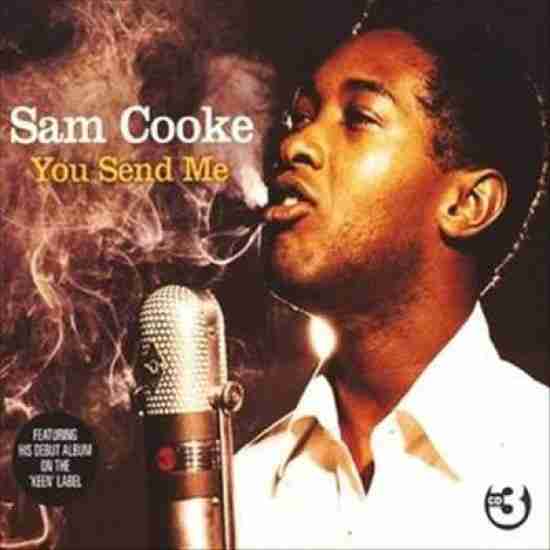 
Moving from the “King of Rock and Roll”, we go to the “King of Soul” and an artist that I am very happy that I get a chance to talk about, but this will be the only time. As you likely wagered from the above sentence, Sam Cooke only went to number once on the main chart, but Cooke was a fixture in the top 40 for years and cracked the top of the R&B charts four times, however Sam Cooke’s career can not be summed up in chart appearances; he is so much more than that.

I don’t know about you, but the first time I was exposed to Sam Cooke was through John Belushi, as two of his songs was featured on National Lampoon’s Animal House, a soundtrack I remember my brother having and listening too often when I bought it years later. It was a brief glimpse of Cooke, but like so many I was hooked and had to see what else he had to offer, and again like so many, I was not disappointed.[1]

While people have disputed whether Elvis Presley was the King of Rock and Roll, there is not an argument that Sam Cooke owns the throne in the Soul genre, a feat even more impressive considering that as a member of the Soul Stirrers he was already near the top of the Gospel food chain, already the markings of a successful career. Cooke, whose smooth voice was matched by his good looks, was a teen idol of sorts in the Gospel sect, and young women flocked to see that one particular member of the Soul Stirrers.

Like so many successful lead singers before, during and after, Sam Cooke struck out on his own but it was not as simple as for him to embrace his desire to sing non-Gospel related music as once you steered away from it, you couldn’t really go back. He tried to test the water under a pseudonym, but Cooke had a voice you couldn’t camouflage and the secret was out before it was ever really hidden.

Within a year, Cooke had a new label, and after multiple appearances on television, the gamble had paid off and Cooke went number one on both the Hot 100 and the R&B Charts with “You Send Me”, which melded what he learned from Gospel, the traditions of R&B and the new Pop flavored sound. This song and many of the others that followed shortly thereafter had crossed over to white audiences effortlessly without alienating his core black audience, and as he moved more towards the modern Soul sound we know today, he maintained that near universal appeal.

Cooke was not just a pioneer in terms of his musical style, as he was also one of the few people at the time that not only performed his own material, he did a lot of the arrangements himself. He also set up his own small record label signing his ex band, the Soul Stirrers and Bobby Womack for example, but he recorded for the major label of RCA, and in the early 1960’s he gave us some of his finest work; songs like “Chain Gang” and “Twistin’ the Night Away”, but as good as that music was, there something special on the horizon for Sam Cooke, though he would not live to see it.

The British Invasion was coming, but the Folk revolution was already here with politically conscious artists such as Bob Dylan, who proved there was a market for songs that questioned the status quo. Cooke would write “A Change is Gonna Come”, which would become the unofficial anthem for the Civil Rights Movement. Incidentally, the A Side to the record contained, “Shake”, the next step in his evolution of soul laden dance songs. These songs indicated to many that Cooke was poised to remain a star, and an influential one at that for years to come, but they would be his last major hits, as they would also ascend the charts after he died.

In one of the great tragedies in music history, Sam Cooke was shot dead in a hotel room on December 11, 1964 who was shot by the hotel manager over the claim that Cooke was trying to attack him. Rather than go through a lengthy account of the details, I will only mention that Cooke’s assailant got off on a justified homicide, and the event of that night remains in question due to inconsistencies in the story, and let’s just say that for good or bad, if TMZ was around in 1964, they would have likely gotten to the bottom of what occurred that evening.[2]

Thankfully, the legacy of Sam Cooke remained in tact and he was justifiably in the inaugural Rock and Roll Hall of Fame Class of 1986 and is he considered one of the greatest singers ever.

[1] Soapbox moment. If you haven’t listened to a lot of Sam Cooke, do so immediately. Serious. Stop reading this and do this right now.
[2] Say what you want about the tabloid website, but they are the Washington Post of pop culture journalism.
Last modified on Wednesday, 24 February 2016 15:47
Tagged under
Tweet