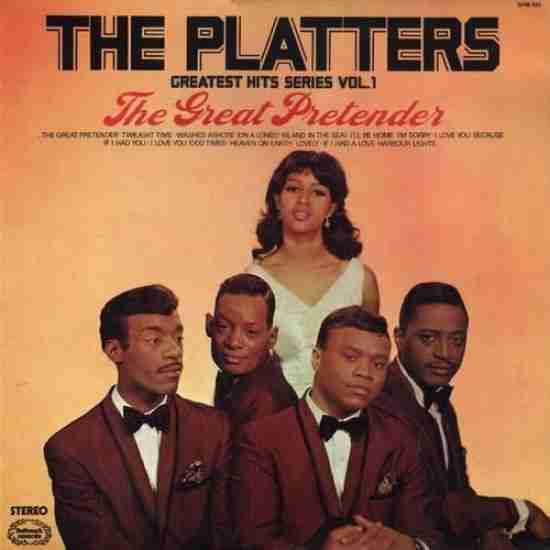 
While we are looking at standard Pop Chart for this book, we may someday repeat this process with the R&B Charts, which dating back to 1948 (and still in existence today) is arguably just as important, and historically speaking had less inexplicable number ones. This doesn’t mean that we won’t talk about songs that here that went number one on the R&B Chart as many songs have gone to the top on both charts, and we now approach our first (at least based on the timeframe we started from) to have done that.

Before we do that, let’s talk a little more about the R&B Charts, which may not be the first metric that people think about when discussing popular American Music, but this was the chart that reflected far better what it’s pulse was; especially in the 1950’s.

Now race relations have come along way in the United States (and still has a long way to go), but in the 1950’s, if you were going to make it on the regular Pop Charts, you couldn’t sound “too black”. That would change soon after, and the mainstream charts now have many acts reach the top that have an “urban” feel to it, but in early 1956, segregation still very much existed and this was reflected by Billboard Charts, and essentially the R&B chart was often referred to as the “black chart”.[1]

If you were an African-American act in the 1950’s, you didn’t have to “sell out” to chart in the Top 100, but you did have to be palatable for a mainstream white audience and essentially feel “safe” for that demographic. Most of the black Doo Wop groups could do just that, and no group was more successful than the Platters, and they were able to do that with audiences of any color.

Music History not only paints the Platters as the most successful black Doo Wop group ever, but they were also one of the most successful acts that decade period. History also tells us that there is also an excellent chance that nobody woulhave heard of them had it not been for a gentleman named Buck Ram, a man I have to talk about, and not just because he has one of the most awesome names I have ever heard.[2]

In the 30’s and 40’s, Ram would have a successful career as an arranger and later as a lyricist for some of the great big band leaders of the era. This included Duke Ellington and Count Basie, but his most enduring song of the time period was co-writing “I’ll Be Home for Christmas” for Bing Crosby. He would also co-write “Twilight Time”, which would be the largest hit for a group called The Three Suns in 1945.

In the 1940’s, it appeared that Buck Ram was poised to take over the world of popular music, but it didn’t happen, though not because of the changing musical climate that was about to erupt. Ram would suffer a nervous breakdown and take himself out of the musical game for a few years, but when he did return, that musical shift had already begun to take place. Presumably for a white man in his mid-40’s whose heyday took place arranging and writing music for an era that appeared on its way out, there was no reason to think that there would be any room for Buck Ram in modern music, let alone figure out a way to get to the top, but this is exactly what was about to happen.

I am going to use a Sopranos reference when Adriana La Cerva tried to promote a band fronted by her ex-boyfriend and recorded a demo tape.[3] Her current boyfriend Christopher Molisanti, unconvinced that this song had hitmaking potential took it to a Soprano family friend and business associate, Hesh Rabkin, who made his fortune in the 1950’s and 60’s off black musicians by bringing them to prominence but earning royalties off them by inserting his name as a co-writer of the songs.[4]

When Hesh hears the band’s demo he tells Christopher that the song is no future hit and Adriana belittles his opinion stating that he is too old to know what a hit is, but realistically, even in his golden years he knew what could be spoon fed to the public and Adriana’s ex’s creation wasn’t it.[5]

That is the correlation as though Ram was not the age of Hesh (who was twenty years older give or take) he knew what a hit was, and more importantly, he knew how to make one. Buck Ram would return to music as a manager and after a couple of years he came across the Platters, who up until this time had been nothing more than a pedestrian R&B group who followed the trends of the day and while appearing talented, did not feel special.[6]

Ram would revamp the Platters by accomplishing four things:

The first was putting the lead tenor role on Tony Williams, who had the voice that could appeal to any demographic and worked on multiple styles of songs.

The third was liberating them from their current label and putting them on Mercury Records, which would allow them to have additional exposure. That in itself wasn’t easy, as the group was not wanted by Mercury at all and was forced by Ram to take them as part of the deal to sign the Penguins, Ram’s group who had a major hit with “Earth Angel”.[7]

The fourth and most important cog in the machine was that Ram would write and arrange the music for the Platters himself; an equation that took them to the top.

In July of 1955, they had their first top ten with what is considered a classic, “Only You”, a song that would go to number one on the R&B Chart. Their second hit, “The Great Pretender” would go to the top and become the first song, though far from the last, to ascend to the top of both the R&B and Mainstream Charts.

The arrangement was beautiful and Williams’ voice was perfect for conveying the soulful emotion that had the appeal to reach any demographic. Ram also knew how to expertly utilize the backing vocals, especially with the addition of Taylor, which made the Platters the most textured Doo Wop of the time. The group would not just make it in the United States, but was one of the first black acts to gain international appeal and were unofficial ambassadors of their genre.

We will talk a little more about the Platters later in this anthology, but our next trip is to the gimmicky side of popular music; sadly a place we will venture often too in the annals of these web pages.

2/25/56: Speedoo by The Cadillacs hit #17 on the Top 100 and #3 on the R&B Chart.[1] Actually, I remember reading that term often in the 1980’s.
[2] His real name was Samuel Ram, but “Buck Ram”? I don’t know whether that should be the name of a 70’s Porn Star or an 80’s Professional Wrestler, but either way it rocks!
[3] This will also be the last time where I apologize for the copious amount of pop culture references. There is going to be a lot of them! Sopranos fans, may also remember where Adriana was at her hottest pitching the song.
[4] This practice actually did take place often in the 50’s and 60’s.
[5] Personally what I remember the most is the apex of hotness in the episode of Drea de Matteo when she did a sultry dance to the shitty song that her character thought was good. I am sure I am not the only one who remembers this fondly.
[6] Early recordings of the Platters corroborate that statement. It didn’t sound like the Platters we would come to know.
[7] That song went to number one in early 1955. Incidentally, the Penguins would never have a hit with Mercury.
[8] I am not judging as half of my best ideas come when sitting on the “throne”. The other half comes from Jack Daniels. Perhaps if I drank Jack while sitting on the crapper I might come up with something Einstein like?

More in this category: « Memories Are Made of This The Rock and Roll Waltz »