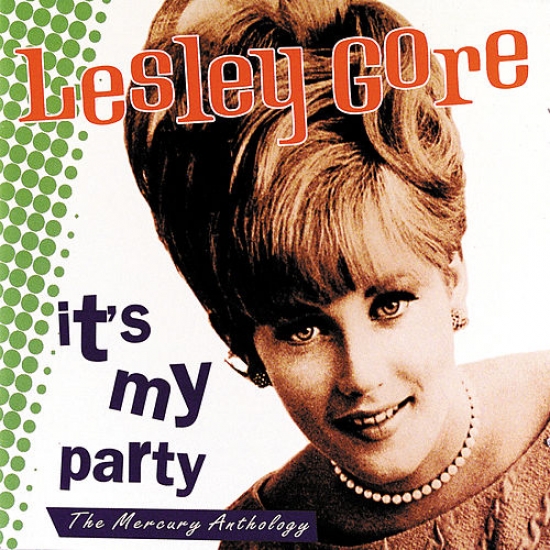 Although it sounded dated rather quickly, “It’s My Party” by Lesley Gore never stopped being memorable and the song’s message, as juvenile as it was resonated across generations and teen girl angst.

The first number one song produced by Quincy Jones (seriously, did you feel a Quincy vibe on this song?  Neither do I), saw the birthday girl upset as “Judy” received the advances of her boyfriend Johnny at her birthday party; hence why Lesley Gore cried because she wanted to.[1]

Gore’s ascent followed the footprint of the era as she was a teenager with a voice that fit the climate around her.  Was Gore the most talented female teen singer of the early 1960’s?  Not by a long shot, but her average looks combined with her subtle whine (basically her teen angst) made her the female voice of her generation, but while “It’s My Party” was a major hit, it was how this song grabbed her audience and allowed that group of girls to grow and mature alongside her.

“It’s My Party” was Lesley Gore’s lone number one hit, but far from her only appearance on the Billboard charts.  Gore would follow up with a much weaker follow up, “Judy’s Turn to Cry” and another song “She’s A Fool” that both went to #5.  Though those were both Top Five hits, they did not stay in the public consciousness, but “It’s My Party” would not be the only song to stand time’s test from Lesley Gore.

Gore would go to #2 with “You Don’t Own Me” in 1964, which would become an anthem for female empowerment in the future.   It was one of those songs that built on the legacy of Lesley Gore and her fanbase, a group of young women trying to find themselves.

The young woman would never reach that level of chart success but would still remain in the public eye for the resonance of “It’s My Party” and “You Don’t Own Me”.  Gore still scored a bit in the mid 60’s, most notably with “Sunshine, Lollipops and Rainbows” (#13 in 1965) but the shifting musical climate did her no favors and away she went like so many others, though she did enough to be remembered decades after.

As it stands now, Lesley Gore secured he spot as a pre-British Invasion star.  After her star fell, she was still an oldies circuit star but one who in her later years would become known for her LGBT advocacy.   In 2005, Lesley Gore came out as a lesbian and while it would alter the perception of her songs[2] would still be more reflected as somewhat of a feminist icon.

Gore would pass away in 2015, though her breakthrough as a pop star, a feminist and a LGBT icon would not go unnoticed.

[1] After all…it was her party.  You would cry too, if it happened to you!

[2] I mean, if she was a lesbian, why did she care what Johnny did?

[3] This isn’t a misprint.  Is the same song done by different people that happened to chart at the same time.

More in this category: « If You Wanna Be Happy Sukiyaki »