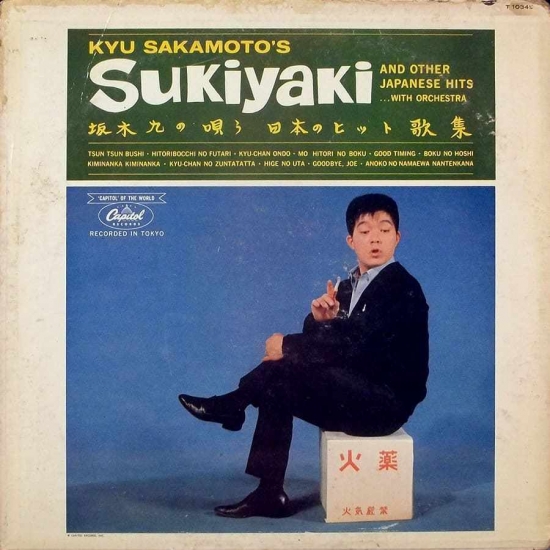 The first time I really thought about Asians in American pop culture had to be from watching M*A*S*H as a kid.[1]  The show was already syndicated by the late 70’s and one of the things I remember thinking as I was watching these episodes over and over was that there must not have been that many Asian actors because they kept using the same ones over and over again.

Before I continue this thought, I have another tangent coming on, but I promise I will get back to the subject at hand.

Beyond noticing that there were not very many Asian-American actors, and as mentioned in a previous footnote that Hawkeye treated Radar like crap, here are ten observations from one of the most successful television programs of all time:[2]

1.  Hawkeye treated Radar like shit.  I mentioned that earlier in a footnote, but whenever the company clerk ever spoke to a patient and tried to help, Hawkeye would get on his high horse and not so subtly relate to Radar who was the surgeon and who was the Corporal.   I wager that when they reunited in the States (if they did), he still enforced that hierarchy.[3]

2.  Jamie Farr was 38 years old when he was cast as Corporal Klinger, thus making his 49 when the show ended.  Wasn’t he way too old from the beginning to playing a corpsman?  So was the Supply Sgt. Zale who was 53 when first cast.  More often than not the wounded soldiers who were shown as casualties were young, why not the enlisted men behind the lines?  The average age of the 4077th must have been close to 40…especially by the series end in ’83.

3.  There is not one plotline involving Father Mulcahey that was interesting, and he holds the distinction of being my least favorite billed character in one of my top 100 television shows.  The only time I got a remote chuckle was in the show’s pilot where the priest won a date for two to Tokyo with the appropriately named Lt. Dish.  Incidentally, that episode, Mulcahey was played by another actor, and not the mopey looking William Christopher who would adopt the role in all other episodes.

4.  M*A*S*H may have had the most annoying laugh track of any sitcom.  I don’t know this for sure, but I am convinced they recycled the same five “laughs” over and over again.

8.  Now it may seem I hate Hawkeye.  I don’t at all as fun and irreverent Hawkeye is a blast and one, I want to party with.  Sanctimonious Hawkeye is a drag, and the latter half of the series saw that happen as often as a Three’s Company misunderstanding.

9.  How many times did Hawkeye operate while legally drunk?[4]

10.  The most underrated character in all of sitcom history is Charles Emerson Winchester III, who arrived at the perfect time to replace Major Burns who left the show knowing that the persona he created had no redeemable qualities and could not grow with how the show was progressing.  He fit perfectly and David Ogden Stiers correctly earned two consecutive Emmy nominations, though he lost (and I have no problem with this) to Taxi stars, Danny DeVito and Christopher Lloyd for their portrayals of Louie DePalma and Reverend Jim Ignatowski respectively.

Wait…what was I talking about again?

M*A*S*H used Mako four times, Clyde Kusatsu four times and Soon-Tek Oh five times all playing different characters each time.  These actors always worked steadily, and though they are names you might not be familiar with, chances are you saw them more than once in addition to M*A*S*H reruns.[5]

So is it safe to say that in the early 70’s, the only real Asian star in America was Bruce Lee, who really only became a superstar on this continent…after he died.  Understand that only a few years ago Lee was passed over for the lead role in Kung-Fu, a martial arts western show starring David Carradine, who was certainly not of Asian descent.[6]  Hollywood had a history of casting white actors in Asian roles and when Asians did get a role playing someone of their ethnicity it was not like that they were playing anything more than a stereotype.  All of this raises the question then:

How the hell did I go so far down this rabbit hole?

I’m Kirk Buchner.  That is what I do.

With all of this being said, this is the story of one of the most unlikely number one song ever.

How unlikely?  This tune has to do with the Treaty of Mutual Cooperation and Security Between the United States and Japan.

Without going into an in-depth history lesson[7] this was the treaty that the two countries signed that essentially gave the U.S. the ability to maintain East Asia stability on Japan’s behalf.  That is a simplistic way to explain it, but let’s just say that to the victor goes the spoils and deals like this are generally one-sided.

As you can imagine, if you were young and idealistic and had only childhood memories of the war, your national pride kicks in and you would oppose such a treaty.  That is how Rokusuke Ei felt in 1960, when the treaty was resigned in 1960 and along with many other Japanese people, he protested outside of the Japanese Diet.  While the protests were large, it fizzled out quickly and Ei, who was a young songwriter penned “Ue o Muite Arukō”, which translated into English means “I Look Up as I Walk”.

The reason why he looked up was so that the tears would not fall, and he would not appear sad.  The melancholy was based on the protest’s failure to impact Japan’s lopsided treaty, but he never mentioned that in the lyrics and left it ambiguous as to why he was crying.  Since, this is a song, and most songs are about love, this is how most people in Japan interpreted it as.

Ei’s lyrics may have been vague, but the melody provided by composer, Hachidai Nakamura wasn’t.  It was a beautiful and sweet arrangement that despite the context could make you feel bad for the one who lost his love but upbeat enough that you wanted the singer to find what he was looking for.  This only works if you find the right voice, which they did in Kyu Sakomoto.

A young actor and singer, Sakomoto had the youthful good looks and a sweet-sounding voice and this concoction made it the biggest hit of its time in Japan.  So, how did this song get here?

The story is that Louis Benjamin, the President of the U.K. Label, Pye Records was in Japan and heard the song.  He brought it to his label and had a group under contract, Kenny Ball & his Jazzmen record an instrumental of the song, but he renamed it Sukiyaki, after a food he enjoyed.  Yes, a song about U.S./Japan relations was now named after meat and vegetables.

That song made the British top ten and a D.J. in the state of Washington heard that version, but sought out the original by Sakamoto instead to play.  He kept the name “Sukiyaki” and even though hardly anybody in the U.S. could understand it, it rocketed up the charts and became a number one hit making it the first (and only) time that a song sung entirely in Japanese hit the top of the American Chart.

Much like it did in Japan, the American audience loved it and imagined it as a beautiful love story.  This was 1963 and Japanese food hadn’t caught on everywhere in the U.S..  Hell, in the 1985 film, The Breakfast Club, one of the scenes that is dated the most is when John Bender sees Molly Ringwald eating sushi for lunch and was disgusted by the idea.[8]

How many Americans thought that “Sukiyaki” was the name of the girl?  She must have been really cute to have Sakomoto sing about her!

As much as I hate the name “Sukiyaki” for this song, would this have made the top of the U.S. Chart if it stayed with the Japanese title?  I am trying to imagine if a Japanese producer changed the name of Bob Dylan’s “Like a Rolling Stone” to “Hamburger and Fries”, but in 1963 a name in Japanese rolled off the tongue of no American DJ, let alone those who were listening.

It should come as no surprise that beyond a very minor hit called “China Nights” that went to #58, he was never heard from again in the U.S..  He would remain a star in Japan for years to come but would die prematurely in 1985 when his Japan Airlines Flight crashed, killing all 520 people aboard.

As for the song itself, it was repurposed by A Taste of Honey, who is best known for their song, “Boogie Oogie Oogie”.  The disco/funk outfit’s vocalist, Janice-Marie Johnson loved the song as a kid and was determined to cover it and English words were created about forgone love.  Johnson believed the song would be a hit, and she was right and a song that was still named after food went to #3 in 1981.

By the way, M.A.S.H. used this song in both the movie and the television series, even though the song took place a decade after the Korean War ended.  Maybe that is my 11th observation?

6/15/63: Act Naturally by Buck Owens did not appear on the main chart and but it did go straight to the top of the Country & Western Chart.

[1] Yeah, I know I mentioned M*A*S*H again (and probably will a few more times) but this was a show that my dad, my brother and I all liked, a rare occurrence in my household.  As for my mom, if she wasn’t interested in a show she would sew.  That happened a lot now that I think about it.

[2] I am forgoing the obvious one in that the Korean War lasted less than 25 percent of the actual show’s duration on network television.

[3] And no that salute he gave him during Radar’s farewell episode does not make up for it.

[4] The answer is probably as many times as I wrote a chapter drunk.

[5] Brief synopsis of their most known roles: Mako as the wizard in Conan the Barbarian and Oh as the Vietnamese prison camp commander in Chuck Norris’ Missing in Action II.  As for Kusatsu, I remember him best as trying to keep his dignity as the father of Margaret Cho in the horrendous All-American Girl sitcom from the mid-90’s.

[6] Yeah, I know.  They worked it so that the character was half-American, but come on!  Incidentally, he did die in Asia, albeit by autoerotic asphyxiation, which is not exactly loaded with dignity.  Now in which episode did Master Po teach that sexual fetish Caine?

[8] I don’t feel like looking up Ringwald’s character name.  I will however say, that her recent dissing of John Hughes is disgusting considering he is the only one who ever knew what to do with her.

More in this category: « It's My Party Easier Said Than Done »