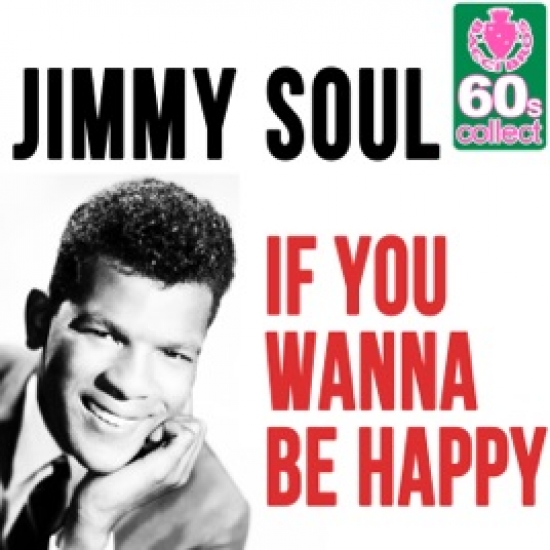 Have I mentioned that Eddie Murphy got robbed for the Supporting Actor Award in the Oscars for playing Jimmy “Thunder” Early in Dreamgirls?  I mean, Alan Arkin who won for Little Miss Sunshine for playing a perverted and crusty grandfather has been doing variations on the same character for a decade.[1]

Jimmy Early had multiple “fictitious” hits.  Jimmy Soul had only one; but it did go to the top.

Born James McLeese, Jimmy Soul was actually a preacher at age seven and in his teens was known throughout his native North Carolina for his gospel singing.  Soul, had booming vocals and made enough of a stir that he was discovered by Frank Guida, who was handling Gary “U.S.” Bonds.  Guida gave Jimmy a pair of songs that were earmarked for Bonds, one of which being, “If You Wanna Be Happy”, a song that would be the only hit of Jimmy Soul’s career.

That particular song arguably gives us our first taste of Trinidadian influence as the song was modified from a 1930’s Trinidadian Calypso song from the 1930’s called “Ugly Woman”.[2]  The reworked song had no references to unattractive women, but was used the beat and lyrically made it a lesson on happiness.  Soul’s preaching background gave the song the perfect delivery and a surprise hit number one emerged in the Spring of 1963, and it did put smiles on people’s faces, though that was probably the only time he was able to do that en masse.

Jimmy Soul would have one more, with another Calypso inspired song, “Twistin’ Matilda”, which went to #22 the year before, but those two songs would be the end of the hitmaking of Jimmy Soul.  He would give up on his musical career and join the army, and following that he would become a drug addict and it became so bad he was sentenced to prison for drug possession in 1986.

Two years later James McLeese would die in prison at the age of forty-five due to a heart attack.  Incidentally, James “Thunder” Early committed suicide years before.

[1] Seriously, I felt so bad for Murphy, who might have lost the award when the flop “Norbit” came out around Academy award voting.

[2] Random thought.  For a country so small, and one I have also never visited, I have sure met a lot of people from that place.

More in this category: « I Will Follow Him It's My Party »