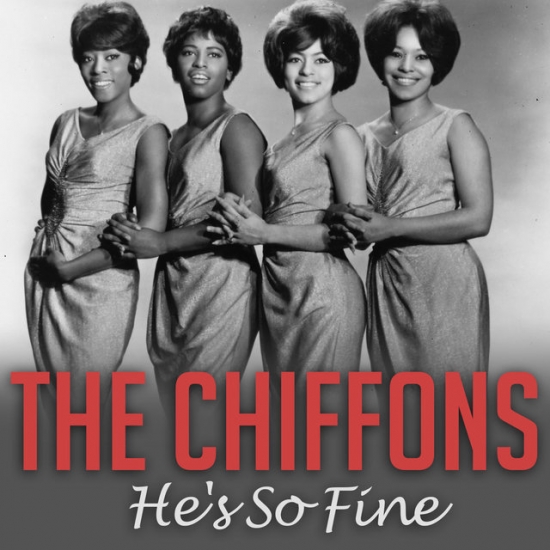 We go from Akron to the Bronx, where we find the Chiffons, another all girl group who had significant success in 1963.

Like so many girl groups from the 60’s, the Chiffons were high school classmates who after being discovered by songwriter, Ronald Mack would add a fourth member as per his suggestion.  Mack believed strongly in the group and peddled a demo of a song he wrote, “He’s So Fine”, which he peddled from label to label until he found a buyer in Laurie Records.  It was a simple song with a catchy harmony, “doo lang, doo lang doo lang” and breathed a fun innocence that worked all across the tune.

Now named the Chiffons (they were originally named the Four Pennies), they had the huge hit they were waiting for, and more importantly, Ronald Mack who was not a well man.  Mack had been battling cancer for some time, but he did live just long enough to see the song he wrote by the band he discovered reach the top; basically he lived just long enough to have his dream come true, though tragically he would pass away while the song was on top.

This may have been the only number one hit for the Chiffons, but not their only signature song that withstood the test of time.  The group would score another top ten hit with a Goffin/King penned song, “One Fine Day”, a number 5 hit.

In regards to the Chiffons, they would only have minor hits until 1966 until they reached a point where they would have no hits at all.  Saying that, with “One Fine Day” and “He’s So Fine” the Chiffons can say they were part of two elite songs from the 1960’s, which is far more than most can say.

Incidentally, while this would be the Chiffons’s only number one, this will not be the only time that “He’s So Fine” would reach the top.

I will explain that one in eight years.

More in this category: « Our Day Will Come I Will Follow Him »