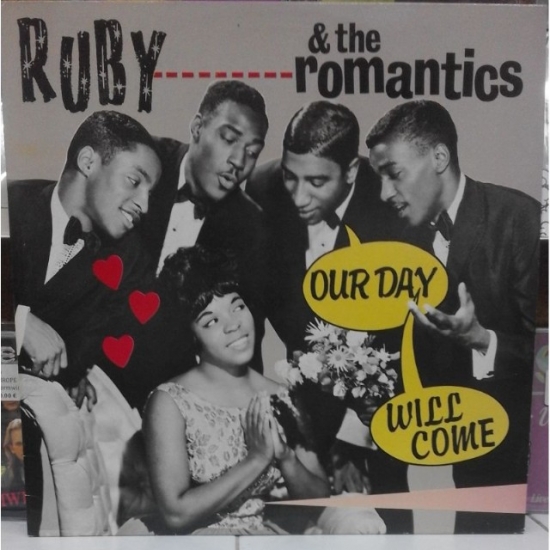 Motown had already arrived but other areas of the country had R&B inflected pop to offer the American population, among them Akron, Ohio, another blue-collar rust belt city.

Now the city of Akron may not seem like a hot bed of music but this was the place that did not just give us LeBron James.  This is the home of New Wave superstars, Devo, Alt Rockers, the Black Keys, soul star, James Ingram, and their first musical stars, Ruby & the Romantics, who went number one with “Our Day Will Come”.[1]

Led by Ruby Nash, she joined what was then an all-male group called the Supremes (no, not that Supremes!) and would later be signed by New York City based Kapp Records.  The label loved Nash’s smooth voice and assigned the group, “Our Day Will Come”, and in the hands of Ruby & the Romantics, the song melded pop and R&B in the most elegant way possible.

By far and away that was the biggest hit of their career, but this wasn’t their only one as often thought.  The group would follow with two more Top Twenty hits in 1963 (“My Summer Love”, which went to #16 and “Hey There Lonely Boy, which went to #5) and they would continue touring throughout the decade.  Ruby & the Romantics approached those songs and all that they did with that same smooth soul style that would prove to be successful for many others.

While the group would not see the upper echelon of the charts again, they are more than a footnote and their style of music would be echoed for years to come.  Not a bad legacy, and if they are only going to be known for one song, “Our Day Will Come” isn’t a bad one to live off of.

Lord knows we have seen (and will talk about) a lot worse.

[1] I can’t lie to you.  A large part of me would like to talk more about the Romantics instead.  I always had a soft spot for their 80’s hit, “Talking in Your Sleep”, but alas they never went number one.

More in this category: « Walk Like A Man He's So Fine »