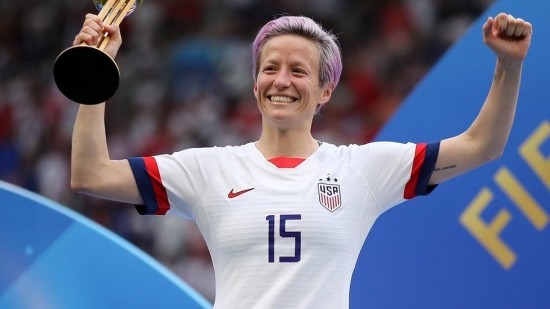 Soccer was once a bastion of masculinity, often with entrenched attitudes bordering on gender and sexuality issues. But as we move further into the 21st century, thankfully, those attitudes are appearing far more out of sync with modern times. Football has taken off amongst females.

There have been eight FIFA Women’s World Cup tournaments, with the most successful team being the USA (the current champions, with four wins). What’s more, as well as generic female empowerment, women’s football is also flying the flag for LGBT rights.

Are you a girl coming to terms with your same-sex attraction and still hesitating about how this might impact your social life? The time has never been better to go for a lesbian hookup, with many online dating sites paving the way for connections. Kindred spirits from all walks of life gravitate to these social hubs, and athletes and footballers are no exception. Dating platforms made it easier for LGBT athletes and sports admirers to find like-minded people for casual romance and lesbian dating.

Lesbian soccer stars who have represented their country at the highest level have been particularly inspirational. They have done so much to give hope to today’s LGBT community that they could rightly be described as LGBT sports icons. If you are lesbian, gay, bi, or trans, the good news is that these top players are continuing to encourage people from all walks of life to enjoy the lives they deserve.

To illustrate this point, how about taking a closer look at five of the most renowned star players of lesbian soccer in the USA? Where do they stand as LGBT sports icons, and how do these lesbian women manage issues surrounding gender, identity, and LGBT rights?

You can’t get more iconic than the captain of the US national team, and Rapinoe has excelled in her sport and being an LGBT ambassador. A crafty player on the field, sometimes sporting bright pink locks, she was included in Time magazine’s list of '100 Most Influential People of 2020.’ She has been a spokesperson for fashion brands and has been honored by President Obama. Her autobiography ‘One Life’ features her activism for gender equality.

Goalkeeper for the US national soccer team, Harris has been capped at the international level 25 times and played for several major women’s teams. She has received the prestigious accolade of being represented as a character in FIFA 16 as part of that gaming franchise’s first women’s team. She has supported many LGBT causes and married fellow athlete Ali Krieger in 2019, adopting a daughter in 2021.

A defender with 108 caps for the USA, Krieger is married to US soccer star Ashlyn Harris. She is an ambassador for Athlete Ally, a non-profit organization dedicated to tackling transphobia and homophobia.

Retired from soccer, Minneapolis-born Scurry kept goal for the USA in the 2007 Women’s World Cup and, with 173 international outings, is the second-most capped female soccer goalkeeper. In 2017, she became the first female goalkeeper and the first black woman to be honored with induction into the National Soccer Hall of Fame. Once the only black and gay athlete in the USWNT, she faced many difficulties. She shares the story of her journey and her struggle in her book.

Wambach has won US Soccer Athlete of the Year six times and appeared as a striker for the national team 255 times. Her autobiography ‘Forward’ was a New York Times bestseller. She is a strong soccer player and has scored a large number of goals for players of either gender, no wonder she is a member of the National Soccer Hall of Fame.

The Hall of Fame is always such an inspirational place for sports fans. And not just sports fans, as all sorts of captivating subjects can work their way into these arenas, including classic toys that have earned their place in popular culture. Whether it’s these cherished childhood items, or the aforementioned US soccer stars worthy of a place in history, we can all await new additions with excitement. Who will be the elite athletes of tomorrow who will emulate the LGBT stars of the most recent summer Olympics?

More in this category: « The best NBA players from Ohio Best Sports Films of the Modern Day »