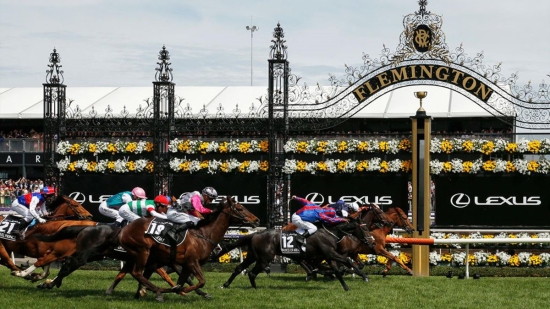 The Melbourne Cup is known to all Australians as the race that stops the nation - and it’s coming up quickly… It will be run on the first Tuesday of November as it is every year and the bookies will be getting their best odds out. If you don’t know much about the race (or have lived under a stone), then you might want to read the Melbourne Cup guide at Punters.


However, we are expecting a race more exciting than ever - with a massive prize pool - and some incredible performances. If you are looking to watch the race - and put your money on your favourites, then here are some of the best Melbourne Cup betting markets.

As the most popular race in the country, it certainly attracts a lot of betting activity - more than any other race in Australia. On average, every year, the top Australian betting sites turnover around $100 million in wagers - and winners often get quite an excellent return given its large open field. However, some betting markets attract more attention than others. Here are the five most common Melbourne Cup bet types:


The Outright / Straight Out Winner Bet

This is the most common of all - and is particularly popular with those who don’t bet that often on horse races. It is simply a bet on which horse will win the race. If your chosen horse doesn’t come first, then you lose your bet. A win bet pays out more return than a place bet (which we will look at below) - but it is a lot harder to win, so it’s always a case of risk v reward.

A place bet is when you are betting on a horse to come in either first, second or third. Because they are easier to win, they will usually pay out one-quarter of what you would win for a straight-out winner bet. So, placing $10 on a straight-up bet on a horse might win $80, but placing the same $10 bet on the horse placing would only win $20.


These are very popular with casual bettors as they offer a better chance of winning.

Another common type of horse bet is each-way betting. This is a mix of the two above bets - you are betting on the horse to win or place. However, this means that if you place a $10 each way bet on a horse, it would cost you $20 - $10 on the win and $10 to place. If your horse wins, you get paid for both bets. If the horse places, you only get paid out at the terms set by your bookmaker.

A quinella bet is placing a bet on two horses - one to come first and one to come in second. It won’t matter which order they come in though - as long as one of the horses comes in first and the other one second. This is the most straightforward multiple bet you can make on the Melbourne Cup

This is similar to the above-mentioned bet but you are betting on which three horses you think will come in first, second and third. However, although it’s just one more horse, it is a lot harder to win a trifecta bet than it is a Quinella bet, but that also means that the payouts are much better in return. You can place trifecta bets from as little as $0.50. You can make a boxed bet - where they can come in in any order, or a straight trifecta where you also need to predict their exact order.

If you are a fan of Melbourne Cup betting, here are some similar races to enjoy:

More in this category: « Two of the next Hall of Fame pitchers Kevin Durant Issues Apparent Brooklyn Nets Ultimatum »