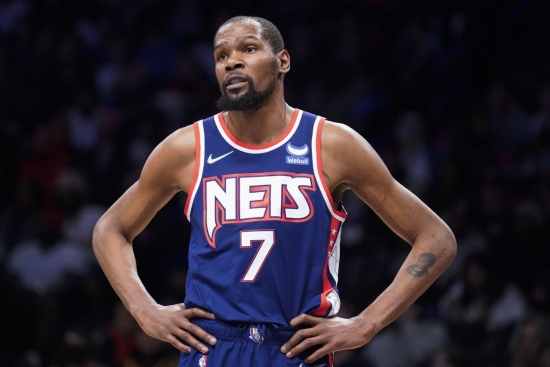 The Brooklyn Nets have a problem. Last season was a bust and should have delivered much more than a limp first-round play-off loss to the Boston Celtics. Now the futures of two of their big names, Kevin Durant and Kyrie Irving, are very much in doubt, and the former of that pair is said to have given his side an ultimatum in relation to his future at the Barclays Center.

The two-time NBA Champion is said to have told Nets owner Joe Tsai that unless he dispenses with the services of general manager Sean Marks and head coach Steve Nash, he’ll seek to leave Brooklyn.

Last season the Nets were considered one of the favorites for the NBA title, and a fair amount of sports betting enthusiasts would have back that bet via sports-betting-ny.com only to see the side struggle for large chunks of the season and end with a very average regular season record of 44-38, and if it were not for Durant, that record could have been significantly worse.

Subsequently, Tsai has moved to quash talk of either of his main backroom staff leaving, stating that they have his support and now there is growing speculation that Durant may push to join the Celtics, a trade that is aided by the fact that he has a strong relationship with Boston coach Ime Udoka, who he worked with at both Brooklyn and as part of the successful Team USA team at the 2020 Tokyo Olympics.

Kyrie Irving is also said not to be happy with the Marks and Nash combination but has less of a say in the matter given his problematic relationship with the Nets after missing out on large chunks of last season due to his vaccination status.

Durant, on the other hand, is a player with less baggage, and when he points out his issues with a coach and general manager, these are clearly going to be listened to, and now the ball is seemingly very much in Tsai’s court.

As a 12-time NBA All-Star, Durant has a great deal of sway in what happens with the Nets, and Brooklyn would do well to try to appease the situation as much as possible, even if this doesn’t mean acting on his advice to sack the pair.

If Durant were to leave, there would clearly be a lot of interested parties, and some speculation has arisen about a move to join the Phoenix Suns.

John Gambadoro of Arizona Sports 98.7 added to the rumors via his sports talk show, stating;

"I'm hearing, and take it for what it's worth, ok? I'm hearing that Kevin Durant is expected to be in the Valley tonight,"

This was echoed by Mike Jurecki, who tweeted;

"Hearing KD landed in Phoenix around 7ish PM has a driver who also provides his security,"

"Technically, he can't meet with the Suns without permission which doesn't preclude him from talking to Suns players."

You can expect a lot more on this story, especially if the 33-year-old doesn’t directly discuss his plans on the matter any time soon.

More in this category: « The Most Popular Melbourne Cup Betting Markets The best entertainment for sports enthusiasts »