Two of the next Hall of Fame pitchers 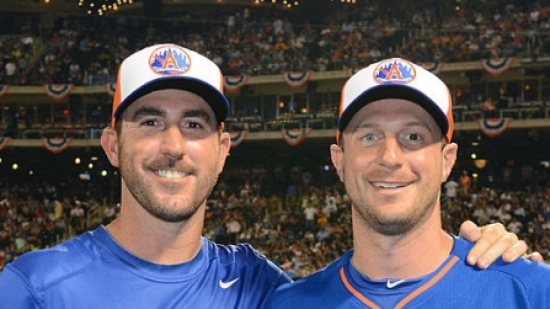 Skill and longevity are two of the key characteristics of a Hall of Fame candidate in the MLB. These credentials are more important for pitchers attempting to secure a place in the history of the sport, as it is far from easy to have an established career at the top amid the rigors of taking the mound one night in every five per week.

The players who do make it are a special breed and deserve their spot for remaining on top of their game over an extended period of time, but also showing their durability in a position that has a near 100% injury rate. Here are two of the outstanding candidates currently active in the MLB who are destined to join the Hall of Fame.

After a 15-year career at the top of the sport and earning his World Series crown with the Houston Astros in 2017 it appeared as though Verlander’s career was over. Like so many players before him, he had to undergo Tommy John surgery, which at the age of 38, seemed like the end. However, he returned to the action signing a one-year deal with the Astros for the 2022 campaign and has been nothing short of sensational.


Verlander has achieved everything in the game during his time in the MLB with the Detroit Tigers and Astros, winning the AL MVP in 2011, the All-MLB First-Team in 2019, along with the most wins as a pitcher in three seasons, two Cy Young Awards and multiple All-Star berths. He did not need to return to the MLB after his injury, but he has excelled for the Astros in the 2022 season, and he has put them on course for another run at the World Series, with a bet on MLBworth +425 for the Astros to win the crown. It would be the icing on the cake of a true Hall of Fame career for Verlander.

Scherzer has punched his ticket to the Hall of Fame, producing elite performances throughout his various stops in the MLB. He got one over his former team-mate with the Tigers in the 2019 World Series to win the crown for the Washington Nationals, ensuring that both men would end their careers with title victories. Incredibly, the Tigers failed to win the World Series despite boasting both Verlander and Scherzer in their starting rotation.

Scherzer like Verlander was forced to leave the Tigers to secure the title, but he has maintained his standard of excellence. He has bettered Verlander, earning two All-MLB First-Team nods and three Cy Young Awards along with eight All-Star berths. Scherzer’s durability has been nothing short of sensational as he has avoided many of the injuries that have plagued his contemporaries, allowing him to stack up wins and achievements after not having a lost season. In the 2022 campaign he joined the New York Mets, and although he has been excellent and maintained his high standards to steer the club towards the playoffs, the Mets will need a special effort to allow him to win a second title.