Tips for Betting on MMA 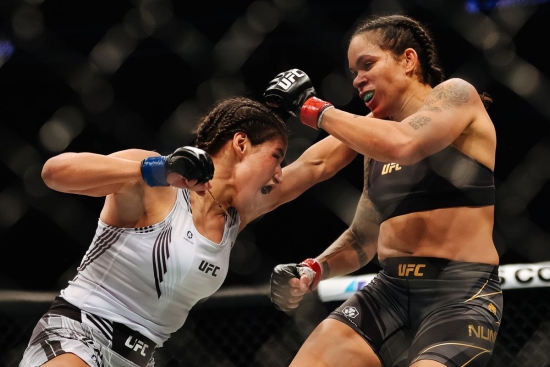 01 Jun
2022
Not in Hall of Fame
Mixed Martial Arts, or MMA as it’s more commonly known, has become more popular than ever in recent years. Once considered a niche sport, organizations such as the UFC have helped to push MMA into the mainstream, gaining millions of fans around the world. Today, the UFC is the world’s best-known MMA organization, but new promotions are constantly emerging as the demand for more fights grows. Fans of MMA are always interested in seeing their favorite fighters, and the sport is always developing as new techniques and styles reach the top.


As well as being extremely exciting to watch, MMA can be a lot of fun to bet on. All major sportsbooks will offer odds on the UFC, and many also offer the chance to bet on other organisations such as Bellator and One Championship. It’s one of the most interesting sports to bet on because of how unpredictable it can be. For this reason, you always need to be responsible when betting. If you’re looking to bet on MMA at Betway or any other sportsbook and have success, make sure you follow these tips.

In MMA, different styles can work much better against some styles than others. This creates a kind of rock, paper, scissors effect, where a fighter might look bad in one fight against a certain type of opposition but then dominate in another fight. In a lot of cases, modern MMA fighters are more well-rounded than in previous years, but you still sometimes get specialists that are only good in one particular area of martial arts. For example, a fighter that’s very strong in jiu-jitsu may struggle against a striking specialist but excel against a wrestler.

This is very important to consider when placing a bet, as form by itself isn’t the only indicator of performance. It also means you can often find great value in the odds if you pay close attention. For example, a grappler who lost his last two fights would likely be an underdog, even if they’re facing someone with poor ground game.

Root for the Underdog

In MMA, the underdog can win much more frequently than in other sports. This will vary a lot depending on the organization itself, but in the UFC, it’s around 30% of the time that the favorite will be beaten. This can lead to some big wins if you’re smart with your bets. All you have to do is analyze each fight and judge whether you think the underdog has a chance.

It can simply take one punch or a mistake on the ground for a fight to be over, meaning that underdogs almost always have a chance of winning. There have been some big upsets recently, especially in women’s MMA. A good example was Amanda Nunes losing to Juliana Peña at UFC 269. Before the fight, Peña was a +600 underdog.

In MMA, the weigh-ins are a crucial part of the fight, with most fighters shedding water weight before rehydrating to balance the scales and the odds of the fight in their favor. Using these techniques, fighters can be significantly heavier than their measured weight when they enter the cage. The idea is to gain an advantage over your opponent by being heavier and therefore stronger and harder to take down.

While weigh-ins can be beneficial for fighters, they’re a bit of a double-edged sword. By dehydrating themselves, fighters can affect their health and performance during the fight. A bad weight cut can cause serious issues, and many fighters have been hospitalized. Because of the impact it can have on the fight, it’s always worth paying close attention to how each fighter weighed in. Did the favorite look weak stepping onto the scale, and did they weigh in at the last minute? These can help you find value in the odds.

More in this category: « How to Become a Racer While Still in College Biggest Omissions From The NBA Hall Of Fame »