Biggest Omissions From The NBA Hall Of Fame 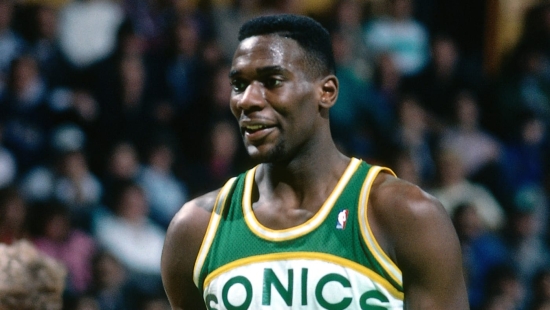 The NBA Hall of Fame is a special place reserved for the greatest players in the history of basketball. Its walls are decorated with stars such as Michael Jordan and Larry Bird.

But there are other players that many NBA fans believe should be sitting amongst them, and that’s what we’ll explore below. We’ll take a look at what the Hall of Fame is, some of the biggest omissions in its history, and we’ll also take a look at some of the latest NBA odds.

What Is The NBA Hall Of Fame?

The NBA Hall of Fame, otherwise known as the Naismith Memorial Basketball Hall of Fame, is the library dedicated to promoting and preserving the history of basketball.

It inducted its first class in 1959 but didn’t formally open a physical location until 1968. In its history since, it’s inducted referees and coaches into its grand halls, as well as over 400 players.

Biggest Omissions From The NBA Hall Of Fame

Let’s take a look at some of the players that ought to be in the NBA Hall of Fame.

Shawn Kemp was a 6-time All-Star and regarded as one of the best dunkers in NBA history. Not only did he have power, but flair too which made him such a watchable player.

Kemp rose to prominence during his time with the Seattle SuperSonics in the 1990s. In 1996, the SuperSonics reached the NBA Finals. They came up against a Chicago Bulls team that had on its roster Michael Jordan.

The Bulls prevailed in six games that year, but Kemp stood out with an impressive 20.9 points per game, 10.4 rebounds and 2.0 blocks.

For his heroics, Kemp has often been spoken of as a potential Hall Of Famer. But a sharp decline in performance toward the end of his career probably worked against him.

Billups had a slower start to life in the NBA. It wasn’t until his ninth season that he made his first All-Star team. But the late-bloomer went on to do things others never did in their careers.

He was influential in the Detroit Pistons’ championship-winning title run in 2004, averaging 21 points and 5.2 assists in the Finals.

It’s this improbable feat and his late rise to prominence that many believe is why Billups deserves a place in the Hall of Fame.

Point guard Kevin Johnson is someone that many NBA fans believe should be in the Hall of Fame.

The former Phoenix Suns player was named an NBA All-Star an impressive three times and currently ranks in seventh place for all-time career assists per game.

Johnson had an eye for the pass as well as for the hoop. Before he ran into a troubling spell of injuries, he averaged at least 20 points per game and 10 assists. His No. 7 jersey has since been retired by the Suns.

Betting On The NBA

There are many different types of bets you can place when it comes to the NBA. And as the playoffs draw to a close and the NBA Finals begin, there’s a great deal of excitement building about who could win this year.

A popular type of bet in basketball is handicaps. The main reason for this is that you get greater odds. On the flip side, the bet is riskier, though there’s some flexibility to this type of bet which allows you to minimise the risk.

So this means that if your team finishes with 70 points, but the other team has 73, and you’ve placed a handicap bet of +4.5, you win because your team’s score is raised to 74.5.

Another type of popular bet in basketball is the accumulator. This involves backing a number of different teams to win their matches. The more teams you pick, the greater the odds, but the harder the bet is to win.

Some people balance risk and reward by backing three or four teams. Usually, the odds are greater when it comes to backing away teams or underdogs.

More in this category: « Tips for Betting on MMA Take your sports betting skills to the next level with these five key steps »