Top Overlooked Games That You Need to Try 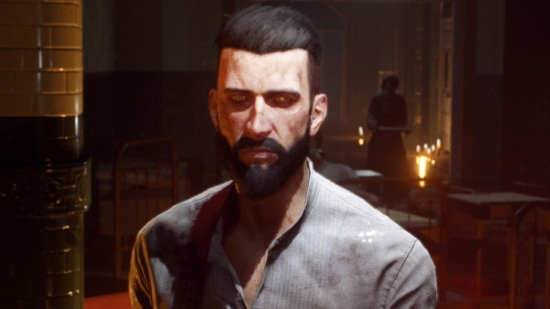 The standard of computer games has only risen over the years as we get classics, expand them, make them better, and also come out with new and exciting games at the same time. As such, gamers today are absolutely spoilt for choice when deciding what they would like to play.

There are a number of exciting games, such as sporting NFL games where you can play as some of the best players in the world, shooter games, and sci-fi games that transport you to a new world. Of course, where we have classic games and games that get the recognition that they deserve, we also get some titles that fall under the radar and remain overlooked. This is a real shame because they are usually excellent games to play and have simply not been picked up because of poor timing of their release.

This article is going to go into a bit more detail about what some of these overlooked games are and why people should play them.

Online casino games were already seeing a huge rise in popularity, but this was accelerated in recent years as a result of the pandemic. Many people who were happy going to casinos are now more content within the confines of their own homes, enjoying some of the new and different games that have been made available.

Roulette is an incredibly popular option on these gambling sites that you should certainly consider trying. If you want to find some of the different roulette games available then be sure to check this website.

This game is one that was released on a number of consoles, including PlayStation and Xbox. This was a product of Dontnot Entertainment, which created the game Vampyr and set it just after World War I. It was an action-role-player where the player takes on the persona of a doctor who has just been turned into a vampire. The doctor is left in an incredibly awkward position, as he has to then decide whether or not he should stick to the Hippocratic Oath or feed on the living.

The world that is established within this game truly is unique as players meet an exciting range of different characters, all of whom (more or less) can be sacrificed with the intention of helping your character become stronger. There are a number of supernatural abilities at your disposal, as well as a cool and atmospheric take on London, all of which come together and make a great game to play.

The Surge is the product of Deck13, which released the game on PlayStation, Xbox, and PC. It was very different from their previous fantasy game, Lords of the Fallen, as The Surge has a very heavy science-fiction and action RPG style to it. The game played with a limb-targeting system available, which allowed players to improve their aim on those they were trying to hit. There were also different exo-suits and upgrades for those exo-suits available, which meant that players could tailor their characters, so they were more suitable for them. There was a sequel released, which seemed to get a bit more praise, but the original was definitely overlooked and is certainly worth a play for anyone who is interested in science fiction games.

Released on the PC and PlayStation, Nex Machina was developed with the designer Eugene Jarvis, who helped contribute toward what may well be one of the best arcade shooters ever made. There is no getting away from the fact that the game is incredibly difficult to play, but the controls are very smooth, the abilities are simple, and the enemies are huge. Fighting bosses can become a hectic affair, and doing it without dying a dozen times is more or less impossible, but that just adds to the excitement of the game. Nevertheless, this one fell under the radar, and not many people ended up playing it.

Thanks to the massive array of games available and the high standard of said games, it is common for a lot of excellent titles to get overlooked. These are discussed in more detail above and are certainly worth playing if you haven’t already.

More in this category: « Active Coaches With The Most NCAA Tournament Wins 5 Rock Star Hookups That Turned into a Relationship »