Active Coaches With The Most NCAA Tournament Wins 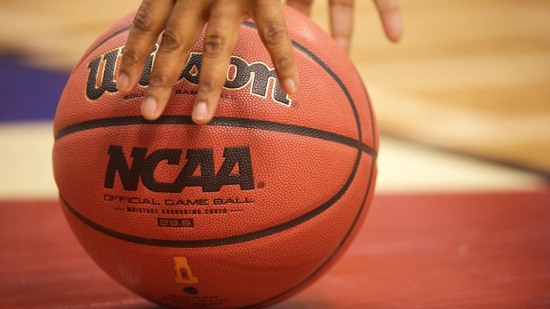 We put a great deal of emphasis on regular-season records and star players who make up the top teams. However, coaches play a significant role when it comes to predictions on NBA lines. The minds behind the success are frequently overlooked. Coaches are as important as star players or a seasoned roster. If a squad isn't well-coached, they'll likely be leaving early.

The top ten active head coaches with the most NCAA tournament victories are as follow:

With 100 victories, Krzyzewski holds a commanding lead in this area, and he has the opportunity to add to his total before retiring at the end of the season. He has cemented himself as one of the best playoff coaches in college basketball history, with 36 National Championship participations and five national titles.

Ever since the 1976-77 season, Boeheim has been the coach at Syracuse, and he has been on the winning side of numerous NCAA Tournament games throughout that time. On 20 occasions, Boeheim has led Syracuse to round sixteen or further. His team won the national title in 2003, and he has made four additional Final Four outings.

Calipari has already been to NCAA Tournament 20 times throughout his stints at UMass, Memphis, and Kentucky. His postseason success has skyrocketed since he arrived at Kentucky in 2009. He led the Wildcats to the Elite Eight and the national championship in his first 12 years at the club.

Michigan State has been a perennial NCAA Tournament contender for decades, and under Izzo’s leadership, the Spartans have made numerous deep runs. They have featured in seven Final Fours throughout that period, including a national title run in 2000.

Since his career at Tulsa, Self has already had March Madness success. He has led three separate college teams to the Elite Eight: Kansas, Illinois, and Tulsa. He led his club to March Madness in each of his previous 24 seasons as a coach, except for 2020 due to the lockdown.

Huggins not only led West Virginia to a Final Four appearance in 2010, but he also elevated the Cincinnati basketball program higher than they were. Huggins led the Bearcats to the NCAA Tournament 14 times during his 16-year tenure as coach. Huggins has 25 NCAA Tournament participation between three separate institutions.

Since taking over the Gonzaga team in 1999, Few has piled up NCAA Tournament victories, quickly climbing the leaderboard. The Bulldogs have advanced to the Sweet Sixteen ten times under Few’s leadership. Despite all of his postseason success, he's still looking for his first national title.

Wright has been the head coach at Villanova for the past two decades, and he has transformed the program into something that no one wants to play in the NCAA Tournament. The Wildcats have been a staple of March Madness since 2005, but their performance has improved dramatically during the last six or seven years. In 2016, Wright guided Villanova to the national title, then shortly afterward, in 2018, he repeated the feat.

Barnes has led four basketball programs to the NCAA Tournament: Providence, Clemson, Texas, and Tennessee. It's a tremendous accomplishment in and of itself, but Barnes’ biggest issue is that most of his squads have been eliminated early in March Madness.

Howland enjoyed a lot of postseason success towards the conclusion of his tenure at Pittsburgh and most of his time at UCLA. Howland led the Bruins to three consecutive Final Four games and one national championship game from 2006 to 2008. However, when Howland took over Mississippi State, those postseason appearances vanished.

More in this category: « Tips for Hiring the Right Men Sports Shoes Suppliers Top Overlooked Games That You Need to Try »