5 Rock Star Hookups That Turned into a Relationship 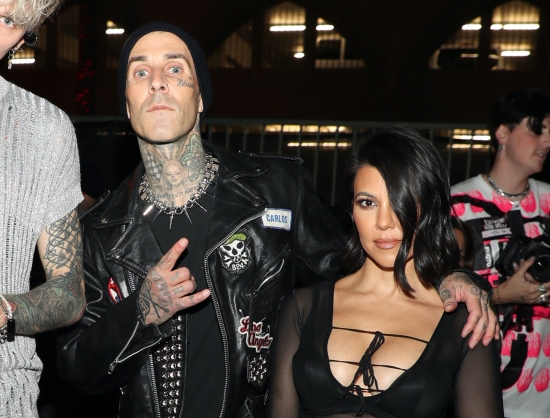 Everybody loves hookups because they are fun and exciting. Seeing the passion in the eyes of someone new, someone you barely know, while they give you a satisfied look is one of the best feelings in the world. And if anyone gets used to that feeling, those must be rock stars. They can get a hookup whenever they want with almost anyone they want. Nowadays, that’s possible for regular people as well. Online dating sites gather people seeking the same type of relationships, so getting extremely casual dates isn’t a big deal. But we won’t make a list of rock stars who love hookups because that would include 99% of them. We’ll look into stars who stayed with their partners after a night of fun.

Travis Barker is one of the best drummers in the last 30 years who played for The Aquabats, Box Car Racer, +44, The Transplants, and Blink-182. He’s no stranger to hookups and relationships with stunning women, but one stands above the rest.

Kourtney Kardashian is one of the Kardashians, so she’s famous for being herself. Travis and Kourtney have been friends for years, but they’ve hooked up in 2021 (or late 2020). That wouldn’t be surprising because celebrities hook up with each other. The surprising part is that Travis and Kourtney stayed together and became a real couple. So all the guys who hope to see Kourtney’s profile on the site for a local hookup can lower their hopes. They won’t meet any Kardashian there, but they can meet many local girls and get casual dates. There are even dating sites only for celebrities. However, regular people can’t join them, so it’s better to stick to proven sites.

Benjamin Levi Madden is an American musician, singer, songwriter, producer, and the founder of the band Good Charlotte. He plays the lead guitar and sings as a backing vocalist. Benji founded Good Charlotte in 1996 with his identical twin brother. They’ve collaborated with other musicians, but Benji fell for an actress.

Cameron Diaz is cute, bright, and stunning. One of Charlie’s Angels became Benji’s personal angel after a casual hookup. The couple got married in 2015, and they have a daughter together. Cameron said that she loves her husband for teaching her how to value herself more. Guess even Hollywood stars also have self-esteem issues. They never had any trouble in the relationship like some other rock stars. Simon Le Bon from Duran Duran is just one example.

Sadly, Pamela Anderson and Tommy Lee weren’t that lucky. And no, we aren’t talking about the famous video. We’re talking about domestic violence that led to their divorce after only 3 years of marriage. But let’s start from the beginning.

The couple met for the first time in the Hollywood club Sanctuary on New Year’s Eve in 1994. Pam approached Mötley Crüe’s founder and drummer to give him her number. They hooked up but quickly fell in love, so they stayed together. They have 2 sons together.

Alice Cooper and Sheryl Goddard have been together for over 40 years. Read that again. He’s a rock star who could hook up with most women on Earth, yet he’s married to the same woman for 40 years. Sheryl Goddard is one of the happy ladies who managed to seduce rock stars, but she’s also one of the rare ladies that might spend 50 years married to the same rock icon. The couple met in 1975 when Sheryl began dancing in Alice’s stage performances.

Most people don’t know who Ola Hudson is, but this story becomes much better when you know that lady is Slash’s mom. Yes, the legendary guitarist of Guns N’ Roses had to deal with a rock star dealing with his mom. David Bowie dated Ola Hudson for a while when Slash was a little boy. Slash even shared that Bowie used to tuck him in at night as a stepdad would do. Who knows how many celebrity stories like that one will never become public. Too bad.

We see rock 'n' roll stars build relationships and want to follow our idols. These contacts can be a one-night stand, or something more serious. In both cases, online dating is a good option for finding dates if you don't have a strong fan base and don't hang out at fashionable parties.

More in this category: « Top Overlooked Games That You Need to Try A Comprehensive Guide To Skateboarding »