The Richest Sportsman in the World 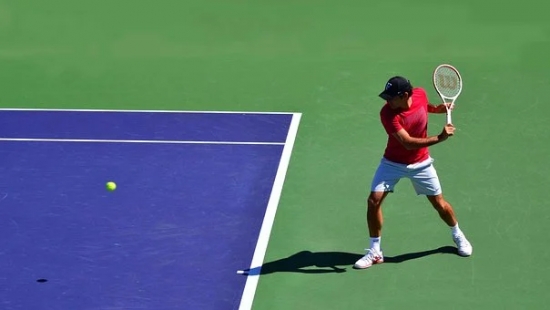 Money rules our world and we can’t deny it. Have you ever thought about playing online poker or betting on sports games wishing for luck and a huge win? Even if you indeed win, you will have a small part of the wealth of the richest athletes on our planet. Who are they? What do they do? Why do they earn so much?

Show business or recognition for talent?

There are athletes who are extremely talented, but their sport isn’t popular. There can be various reasons why it is like that. Nowadays, sports need to be vivid and full of action. When it is long and too complicated, people will not watch it so eagerly and it won’t bring lucrative income. As long as sport is interesting for spectators, athletes in this discipline will earn a lot.

That is why the wealthiest people are generally footballers, basketball players, baseball or tennis players since these are the most popular sports in the world. We can’t deny them recognition, but there are so many more talented people in disciplines that are underpaid, and can’t dream of a fortune similar to their colleagues from famous sports. Let us see the amounts of money that athletes earn which makes them one of the richest men on the planet.

According to the Forbes list from 2020, the richest athlete worldwide is Swiss tennis player, Roger Federer. 39-years old Federer earns $6.3 million from his salary and the rest from endorsements. He starts his career at 17 and his prize money is over $100 million.

Famous Portugese football player, Cristiano Ronaldo was playing for many years for Spanish football club Real Madrid. In 2018, a talented player was transferred to Juventus Turin for some astonishing amount of money. Juventus paid 112 million euros for Ronaldo. His salary is $60 million and the rest from endorsements.

Argentinian footballer can be seen in the colours of FC Barcelona for almost his whole career. He earns $72 million in salaries and another $32 million in endorsements. His matches with Ronaldo were always legendary, and they were always compared to each other since both played in Spanish League. It ended in 2018, because Ronaldo’s club is Italian.

29 years old Neymar is known for his career in Brazilian National Team and French league club Paris Saint-Germain. He debuted at the age of 17 in Santos. He earns $70.5 million as his salary and $25 million more in endorsements. His career has been thriving quickly for the last decade, and he is one of the most known athletes around the world.

Four gentlemen above are the richest considering their earnings in 2020. In 2017 Forbes updated the list of All the Time wealthiest athletes and here the situation is different

The first is Micheal Jordan, a famous American basketball player known for his career in Los Angeles Lakers in the National Basketball Association (NBA). His whole wealth is summed up to be $1,850 millions of dollars. This is a breathtaking amount of money.

The second wealthiest athlete is golfer, Tiger Woods. His income through the whole career is $1,700 million dollars.

Jack Nicklaus, considered to be the best golfers of all time, is the next with his $1,200 million. Then, Michael Schumacher, the Formula1 driver with $1,000 million dollars of income.

The list of 10 wealthiest athletes is closing with Phil Mickelson, a golfer with $815 million wealth, Kobe Bryant, basketball player, who earned $800 million through his great career,

David Beckham, footballer from the United Kingdom with $800 million as well, Floyd Mayweather Jr. with $785 million, and Shaquille O'Neal, basketball player and his $735 million dollar wealth.

Athletes are the ones of the wealthiest people on the planet. Even if they would lose a half or three quarters of their money, they would still be called millionaires. People with such amounts of money can do almost whatever they want. They can be high rollers in the casino/kaszinó even without gambling experience and it is a common situation.

Sadly, as we can see, there is no single woman in this top 10 of the wealthiest athletes since the Men's league and championship are always more popular in show business than female’s one. We can have hope that it will change, and we need to support talented young girls in following their dreams, and ensure them that they can be great athletes. We should encourage streaming and broadcasting matches and games involving women, and maybe in a few years we will see a woman on this list.

More in this category: « Which English Soccer Players have Made a Big Impact in the US? Five Coaches Who Should be in the Pro Football Hall of Fame »