Which English Soccer Players have Made a Big Impact in the US? 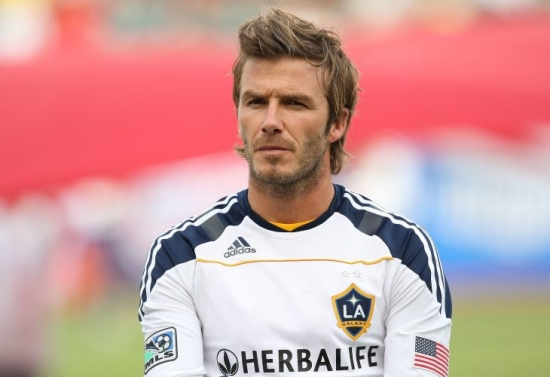 The MLS started in 1996 in the US as a result of a bid to host the world cup in 1994. It was keen to make use of football’s popularity after one of the world’s most celebrated sports tournaments was held there.

The first championship game was won by D.C. United. They won the most league titles between that team and the Los Angeles Galaxy, with four championships each.

MLS doesn’t yet come anywhere near the prestige of the English Premier League or other European football forms. Nevertheless, it has caused many well-known international stars to join the league, thanks to greater exposure to the increasing American football market.

Beckham is One Major Star Who Joined the MLS

After joining back in 2007, he enabled Galaxy to achieve back to back wins in the MLS. Perhaps one of the best advantages of this is that it enhanced the league’s media attentionthrough mainstream and entertainment media.

Therefore, it can be argued that this helped raise the league’s profile somewhat, which clearly raised interest for the MLS for many Americans, similar to what Pele achieved back in the 70s.

Beckham is just one of 78 other players from the UK who have joined the MLS. Today, 10 are on current rosters, but since its beginnings in 1996, there have been another 68 other players involved.

Previously, Beckham was playing for Manchester United, a high-profile UK team who dominated the Premier League for many years. Unfortunately, their close rival Man City are outshining them completely this season, with City being given odds of 1/16 (1.06) of winning the Premier League, according to one UK online bookmaker.

Bradley Wright-Philips, Like Beckham, was Another Successful MLS Player

Recently taken on by LAFC, this former New York Red Bulls striker has played for some big UK teams. This includes Man City, Plymouth Argyle, Southampton, Brentford and Charlton Athletic. He then took up his MLS position in 2013.

He has a reputation for being one of the best finishers in the league, scoring an impressive 27 goals over 32 regular-season games. 2014, in particular, was a standout year for him.

Working with Thierry Henry, he produced goal after goal. Upon finishing the league, he actually became the top scorer for it, with 24 goals over 34 games.

So why is he so good at this? He’s speedy, intelligent and persistent, three factors that make him very dangerous.

Considering this, it’s no surprise that he comes in as 7th of all time on the scoring charts, tying with Jason Kries with 108 goals.

What’s interesting is that Wright-Phillips took 195, compared to Kries with 305 games. He’s done well to have such a successful season, despite back in 2019 suffering from many different injuries.

These days, he brings his top performance to LAFC, taking his place as a solid veteran striker for the club.

Interestingly, his younger brother Shaun also seems to have followed in his footsteps, enjoying a successful stint with the Red Bulls between 2015 and 2016 before joining Phoenix Rising FC in 2017, before retiring at 37 in August 2019.

Have any Other Players Experienced Much Success with MLS?

Absolutely - there are a fair few! However, we feel that two, particularly Mandela Egbo and Saphir Taider, deserve specific mention.

Firstly, there’s Egbo, a former Crystal Palace player who, after playing for Borussia Monchengladbach in Bundesliga, then moved onto Darmstadt in the first half of this season in the German second tier.

Despite not achieving outstanding success levels by other players like Jadon Sancho or Reece Oxford, this London born defender eventually joined the New York Red Bulls.

Now, he’s looking to improve on the elimination of last season in the first round and the end of season playoffs.

Saphir Taider didn’t spend long in England after spending some time on loan with Southampton. This was cut short for some mysterious reason back in 2014, and he’d only had one chance to appear in one friendly before making a departure.

The good news is that this hasn’t appeared to affect him very much. He put in an impressive performance at Bologna before a good two further years at Montreal Impact. while on loan once more.

Luckily, a loan deal has now been permanent in the offseason, with two further players also benefiting from this in 2020: Lassi Lapalainen and Orji Okwonkwo.

Now 25 Years Old, the MLS has Come a Long Way from its Humble Beginnings

Starting in 1996 as a modest football tournament, the MLS has developed over the years, benefiting from much media attention thanks to major stars joining the league. The future of the league is looking bright and with exponential sums of money being invested into some clubs, the league may become competitive on a international scale.

More in this category: « 2021 Kentucky Derby: The 5 Best Horses To Bet On The Richest Sportsman in the World »