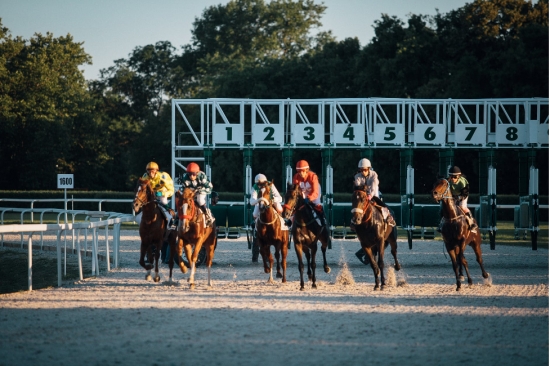 The most awaited two minutes sport is coming very soon. Happening every first Saturday of May, this year's event falls on May 01. The fun-packed event is looked forward to with action and excitement by horse enthusiasts. The upcoming race is the 147th Grade 1 Thoroughbred stake race in Churchill Downs in Louisville, Kentucky, USA.

The event will host a total of fourteen races; the dirt track accommodates racehorses that belong to a 3-year-old thoroughbred category racing a distance of 1 ¼ mile. The event is fascinating, anticipated by around 155,000 sports fanatics, including celebrities and top names in sports. People are placing bets and anticipating winnings. But they are not just ins for the wins but also for the age-old traditions that they always celebrate.

Every event is a celebration for horse enthusiasts because they are eyeing on their best contender, anticipating the traditions that they always celebrate. The Kentucky Derby 2021 is awaiting men and women celebrating in their bold formal fashion wearing bright, colorful, wild patterned, and creative hats. It is a showcase of lavished fashions for everyone.

"My Old Kentucky Home," the state's song, is happily played and participated by everybody is also a tradition starting off the event. The iconic Mint Julep, the traditional symbolic drink during the derby, is feasted for the celebration. A Mint Julep in a souvenir glass costs $15 on Derby Day, but it costs as high as $2,500 available on deluxe to cash-rich aficionados. Another tradition is the giving of iconic roses to the champion horse.

But the most anticipated tradition is the placing of bets to their eyed contenders. Betting has become synonymous with racing that spans a whole weekend to stack racing cards. Bets are placed to contenders that will give a strong winning pick and best-winning forecast. Thus, try to visit TVG to check out the latest odds and pick who is among the top of the 2021 Kentucky derby.

In anticipation of the win, horse aficionados always place their bets on who they believe are strongest to give them the winnings they expect. And for the 2021 Kentucky Derby, these horses are on the top list of winnable contenders:

Hot Rod Charlie is trained by Doug F. O'Neil, owned by Roadrunner Racing, Boat Racing LLC, and his jockey is Joel Rosario. He now ranked first in points among the nominated horses for the 2021 Kentucky Derby.

Like The King is an active 3-year-old colt, his owner is M.Racing Group, LLC. Like The King is trained by a retired champion jockey Wesley A. Ward, known for his training skills in Thoroughbred horses, and among them is Like The King.

Known Agenda is a Kentucky bred born in 2018, now ranked third in the Kentucky Derby contenders. He has 102 points that he recently earned from winning over Greatest Honour at the Florida Derby last March 27, 2021. Known Agenda swept away the $750,000 stake from his Florida Derby victory. He was trained by Todd A Pletcher and competed by Jockey Irad Ortiz.

Greatest Honour has the reputation as The horse to beat in Florida Derby, who headline among the recent winners preparing for the "Run For The Roses" derby. Greatest Honour has 82 points, and he earned the fourth spot in the starting gate for the Kentucky Derby. He is an active three-year-old colt owned by Courtlandt Farms and trained by hall of fame trainer Shug McGaughey. Greatest Honour has a career record of 3 wins, four placings, and seven starts.

The Kentucky Derby is an event to look forward to for horse lovers. Placing bets and anticipating wins for their horse contenders listed on top of the point standings. For 2021, you would expect an exciting race with the horses on the top list like Hot Rod Charlie, Like The King, Known Agenda, Greatest Honour and Midnight Bourbon. They are the stars of the race to watch out for.

More in this category: « Professional Athletes Who Were Involved in Hookup Relationships During the Career Which English Soccer Players have Made a Big Impact in the US? »