THE NBA BIGGEST STAR AND EVEN THE UPCOMING, BLAST THE ALL-STAR GAME 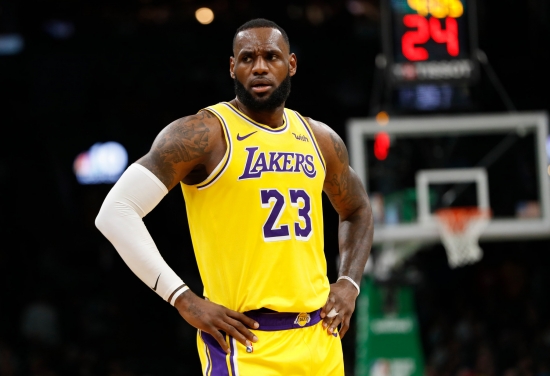 League and multiple media sources reported last week that the league and NBPA are working on hosting the 2021 All-Star game on March 7 in Atlanta, Georgia, despite initial skepticism. For the league and the NBPA, this would be a big opportunity to cash in, especially in a season where revenues have been spread thin. Still, it goes beyond that for both organisations, who see this as a chance to rally support for relief groups, communities, and people that have been ravaged by the pandemic. Fans will undoubtedly flock to Georgia, one of the few States where the safety and health protocols are particularly freestyled with by the population. The news of the All-Star game being held, however, has not been a matter of common joy in and around the league, with the biggest stars having their say. The naysayers of the decision feel they may have more fun trying out the best betting sites for the grand national, than be in Atlanta.

One of the major critics is none other than the most prominent name and star in the league, LeBron James. King James may be leading the votes for the All-Star selection in the West, which may mean a third-consecutive captaincy for the Lakers superstar, but his mind is far from agreeing with the league about the event. Citing multiple reasons, including rest, especially for the Lakers who went deep into the postseason to eventually emerge as winners and then return to the regular season after 71 days, James detailed why he felt the All-Star game would be a "slap in the face". Another important take was that Atlanta does not appear to be the safest place to have such an event given the State of Georgia's laxity to enforce safety protocols while noting how hard the league has been riding players with stringent protocols and guidelines. Another player to lend their voice in opposition was Sacramento Kings' young point guard, DeAaron Fox, who called the decision point-blank "stupid", citing the health and safety concerns involved. According to the league and NBPA (in which LeBron James is VP), the decision to have the event goes way beyond basketball. Per media reports, the league may even be more worried about players not making the game and how much they could take in their hands with the freedom.

The opposition of LeBron James could prove to be a major block for the event, given that he is more likely than not to end up as captain of the West teams and could force him to back up his opposition by not playing.

More in this category: « Inside of 2021 Super Bowl Players’ Romantic Life Hobbies That Will Keep You Entertained »