Will Luka Doncic be the best NBA player in history? 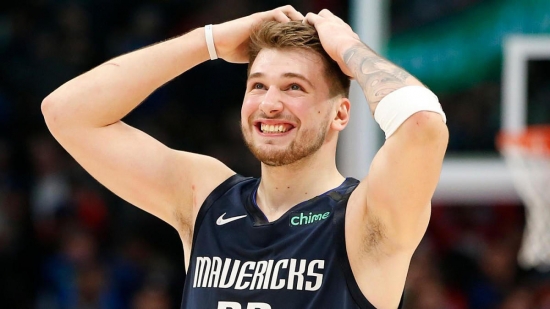 Will Luka Doncic be the best NBA player in history

Luka Doncic is the number one topic in the NBA ever since he was drafted into the world's best basketball league. Entering the league at just 19 years of age, it was clear that Luka had what it takes to play on the highest level. Even though the expectations for the young Slovenian were very high, his game turned out to be better than anyone thought.

In fact, Luka is on the verge of becoming one of the best players NBA has ever seen, and he still has a long road ahead of him. With an average of 29 points, 9.5 rebounds, and 8.9 assists per game in his second season, the young player is taking the world by storm. He is also the current leader in triple-double games and a possible MVP candidate. But how did this basketball prodigy get to this level at such a young age?

Professional player since his teens

Luka may be one of the youngest talents the NBA has ever seen, but he's no rookie. His professional basketball career started when he was only 13 years old. Luka fell in love with the sport and his unique abilities allowed him to ascend to the highest heights in just a few years. He was drafted after winning the MVP award in Real Madrid, and it turns out that he was saving his real talent for the NBA.

Luka's hard work was recognized and he got his chance to prove himself. Remember, he's a kid who was dreaming of the NBA only a few years back, and now he's up against his biggest idols like Lebron James. Only the greatest players in the world get a chance like that, and Luka's fantastic ball-handling abilities were just what the Mavericks needed to bounce back to the top of the leaderboards.

Just like with Nikola Jokic a few years before, Luka's stats are through the roof. Most of the sports fans and experts predicted an average player, but Luka is anything but average. He is a total beast when it comes to stats. He is currently averaging almost a triple-double on every game!

He is the first teenager to record a 30-point triple-double performance. He's also the 2nd player in history to record over 2,000 points, 750 rebounds, and 500 assists in his first season. He even managed to break MJ's record for the most consecutive wins. And those are just some of the records he's broken. And what's better yet is that he's just getting started.

If Doncic keeps this tempo up by the rest of the season, he has good chances of becoming the most valuable player ever. Every time he steps on the court, he brings a special energy and his raw talent and impeccable awareness are more than what most pros display after years in the league. Watching him play is almost as exciting as playing online sex games.

How far can Luka go?

It's hard to predict the limits for Luka because he managed to do so much so quickly. If he keeps these numbers up, he will surpass the greatest names in the league's history including Michael Jordan, Wilt Chamberlain, LeBron James, James Harden, and so on. The only real threat is a potential injury, but we hope it doesn't come to that.

Luka is sure to make it to the NBA Hall of Fame in a few years time. He will surely break a few records by the end of the 2019-2020 season, and remember, he's still a long way from retirement. The world is looking forward to watching him play for decades. However, when you get a little tired from all those assists and 3-pointers, you can always enjoy some jaw-dropping sex games.

One thing is for sure - Luka Doncic is the NBA's next big thing. His beautiful game was immediately recognized by all fans of basketball and the young player quickly became a superstar. He has what it takes to stand next to Michael Jordan, LeBron James, Kobe Bryant, and so on. We can't wait to see his stats in the next NBA video games. Speaking of which, if you like playing video games, make sure to check the free adult games everyone is talking about.

So, where will Doncic's amazing talent lead him? Is there anyone in the league who can really stop him? Well, we will know more by the end of this season, but for now, it's safe to say that he could become the best player the league has ever seen.

More in this category: « The Toughest Super Bowl to Call Super Bowl 2021: All you need to know »