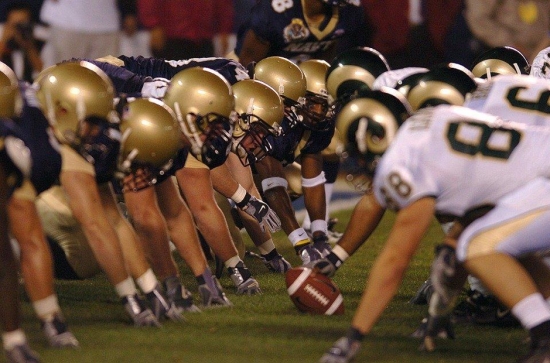 With a thrilling end to the Super Bowl 2020, one can only wonder how exciting the next season is going to be. With unpredictability being the common element, the NFL has seen some nail biting encounters last season. Super Bowl 2021 will be played in Tampa, Florida. Betting enthusiasts would be rubbing their hands in anticipation of what’s in store. Kansas City Chiefs are the favourites to win it next year, and you can find the best NFL betting odds, statistics and power rankingsonline. One can expect plenty drama and high-quality football matches throughout the coming season.

The Super Bowl 2021 will be hosted in Tampa, Florida at the beautiful Raymond James Stadium. The stadium is the home ground of the famous Tampa Bay Buccaneers who have already hosted the event many times in the past. This proved to be a critical requirement for the Super Bowl 2021 which was supposed to be held in Los Angeles but then was later moved to Tampa to meet the requirements of the grand event. It will be the fifth time that Tampa will host a Super Bowl having last hosted it in 2009.

Players to watch out

Super Bowl MVP, Patrick Mahomes is the man of the moment and deservingly so. He has been fantastic in the last two seasons and would want to continue impressing and breaking records in the coming season. The young quarterback has got everybody talking and looking forward to his performances. Patrick ‘Showtime’ Mahomes as they call him, would definitely be the player to watch out, for both fans and opposition teams.

Baltimore Ravens quarterback Lamar Jackson, after being named the NFL’s most valuable player will look forward to the next season with a point to prove. He has played superbly the last year and at just 23 years of age, he has a great opportunity to win some more awards. He was awarded the NFL’s most valuable player at the pre-Super Bowl awards. The pre- Super Bowl awards also saw San Francisco 49ers Nick Bosa named Rookie of the Year. He would be an exciting watch as he also won the Defensive Rookie of the Year. Bosa along with the many other young talents will be the ones to watch out for in the coming season.

Teams to watch out

Kansas City Chiefs with their exciting playing style and the rise of their starlets will be favourites to win the championship next year. San Francisco 49ers came very close to winning it and were only a quarter away from winning the Super Bowl 2020, and would be challenging for the championship.

Baltimore Ravens would want to start winning titles again and would face stiff competition from the New Orleans Saints in doing so. The New England Patriots would want to add to their illustrious cabinet of trophies and will definitely fight for the championship.

The 101stseason of the NFL will begin in September and end after week 17 is played in January.

More in this category: « Will Luka Doncic be the best NBA player in history? How Will LSU & Clemson Cope as Top Picks Go Pro? »