The Toughest Super Bowl to Call 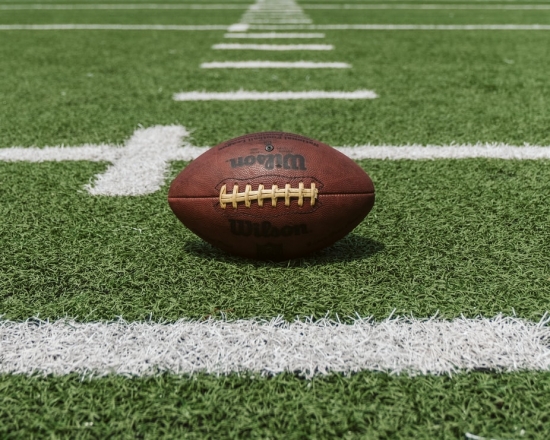 The toughest Super Bowl to call

In case you haven’t noticed, there happens to be a not-too-small sporting event taking place in the very near future. No, we’re not talking about the Australian Tennis Open (although, it’s looking like a great tournament). We are, of course, talking about the 54thSuper Bowl between the Kansas City Chiefs and the San Francisco 49ers that is set to take place in Miami next weekend.

So who’s going to win? Who will be named the MVP? Can the Chiefs really end their 50-year drought? Before we answer that last question, let’s take a look at the Chiefs opponents, the 49ers.

If we take a look back at some of the 49ers' key moments en route to the Super Bowl, we'll see that they aren’t quite invincible. In the regular season, they lost to the Ravens, the Seahawks, and surprisingly enough, the Falcons.

Despite their losses, the 49ers have arguably been one of the most outstanding teams of the season. Now, that might sound like an obvious thing to say about a team that has just made it to the Super Bowl, but the truth is that there have been plenty of teams that have made it to the final despite playing poorly throughout the season. The 49ers are beatable, but they’ll take some beating.

In the Packers game, the 49ers’ Raheem Mostert played the game of his life. 220 yards and four touchdowns left the Packers second best throughout the game and, if anything, it’s an ominous sign for the Chiefs.

The team’s running game has been impeccable, ranking second for rushing yards and first in the league for touchdowns. And this offense will come up against a defense that is well-known for giving up space on the field despite their relative tight control of the game.

If the 49ers can bring their A-game in terms of offense, we fully expect them to rack up the points. Tevin Coleman dislocated his shoulder but hasn’t yet been ruled out of the game. We have a feeling that even if he doesn’t play, Mostert will be more than able to handle the pressure as he has already proven.

Caption - Can the Chiefs lift the Vince Lombardi Trophy?

Can you believe that the win over the Titans secured the Chiefs their first ever Lamar Hunt Trophy? It’s pretty incredible given that Hunt was the founder of both the Chiefs and the AFC. Once the excitement of that win died down, the reality of preparing for their first Super Bowl appearance since 1970 set in.

The Chiefs haven’t had quite the same experience this season as the 49ers. They are a backs-to-the-wall team that has snatched some miraculous wins from the jaws of defeat. They gave up a 24-point lead against the Texans and were up against it vs. the Titans when they went 10-0 down in the first quarter. Against lesser teams than the 49ers, they were able to come back by playing their air game but if they get a slow start in Miami, we’re not sure that will work this time around.

Even so, the Chiefs were the marginal favorites when both finalists were decided, but the odds seem to be changing and swinging in either team’s favor on an hourly basis. Coach Andy Reid may see this as his last opportunity to finally win the Lombardi and, if anyone deserves it, it’s the man who lost out as Eagles coach back in 2004.

Who will be the MVP?

It’s hard to look past a quarterback when it comes to the MVP. In fact, seven of the last ten MVPs at the Super Bowl have been quarterbacks. If this year is no different, then it’s a straight up contest between Patrick Mahomes and Jimmy Garoppolo.

Both players are in amazing form though we get the feeling that, despite his new lease of life at the 49ers, Garoppolo needs to add an MVP and a ring as an active player to the two he won as a back-up if he wants to avoid becoming another Randall Cunningham. Mahomes, on the other hand, seems to be a man with the world at his feet. While Garoppolo has something to prove, his Chiefs counterpart has nothing to lose and everything to gain. It all depends on how the game pans out, of course.

However, this season could see a running back take the MVP. Raheem Mostert is improving with each game and if the Chiefs play to his strengths and make a quick start to the game, he just might be the most important player on the field. This is particularly true if Tevin Coleman fails to recover from his injuryand the onus is placed on Mostert to lead the line.

Aside from Mostert, we really can’t see anyone else pushing either quarterback for the MVP. Of course, you could punt for a linebacker in Nick Bosa, but we don’t expect it to be a game where the plaudits are won by the defensive units of either team.

So which team will win?

It really is the toughest Super Bowl to call in recent memory. Both teams seem pretty evenly matched and have quarterbacks in good form. Neither team is unstoppable, but if we were to choose one team that will give up scores, it would be the Chiefs. The 49ers just seem like a more solid defensive side.

That point, however, is countered by the fact that the Chiefs have an incredibly fluid attack that is good in the air. But then the 49ers have Mostert. You see where we’re coming from when we say that this is too tough to call? In fairness, we’d like to see the Chiefs do it for Reid and the fact that it’s their first Super Bowl in 50 years, but again it’s too tough to call.

Either way, this has all the makings of a real classic. With both sides evenly matched we can see this being one of the most enjoyable Super Bowls for neutral fans in a very long time. Let’s hope it lives up to expectations.

More in this category: « Unprecedented Excitement ahead of Tokyo 2020 Olympics Will Luka Doncic be the best NBA player in history? »