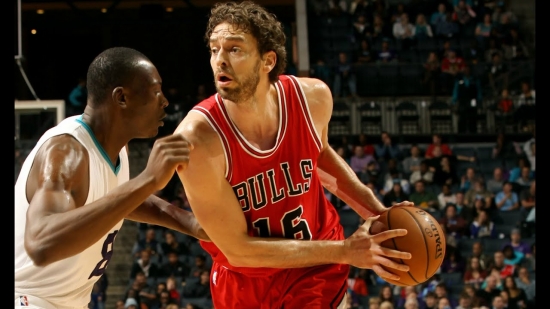 When people think of Pau Gasol, they will always think of the Los Angeles Lakers first.  They should, but don't sleep on his two years with the Chicago Bulls, where he played the most complete basketball of his career.

A two-time NBA Champion with the Lakers, Gasol was 34 when he signed with the Bulls as a Free Agent in 2014. The Spaniard was an All-Star in both seasons, earning Second Team All-Stars in 2014-15.  Gasol's scoring numbers were slightly down from his Lakers years, but 17.6 was more than adequate.  Where he shined in terms of traditional stats is that his rebounding and blocks were higher.  With the Bulls, he averaged 11.4 Rebounds per Game, a much higher total than any of his other teams, and his Blocks per Game of 2.0 was also higher.  This reflected in his advanced stats, as his Bulls' PER of 22.2 was the best two-year run of his career.

Again, Gasol's association with the Lakers will always (and should) be stronger.  We are just saying that these two years are deceptively good and deserve celebration.