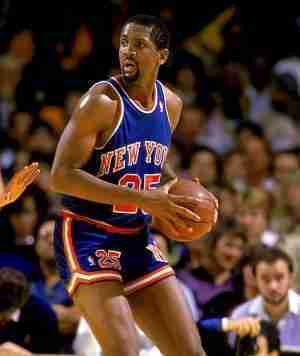 The image most of us have of Big Bill is getting an entry pass from the wing and throwing his turnaround jumper over some defender and watching it bounce around four or five times and go in; or of course elbowing someone in the face (inadvertently of course) while going for the rebound.  Bill Cartwright was the very definition of old school 70’s and 80’s basketball which carried over to the next decade.  It was also his trade from the Knicks for Charles Oakley that put the Bulls over the top and was the catalyst for the Bulls first three peat.  That seems to be forgotten for some reason.