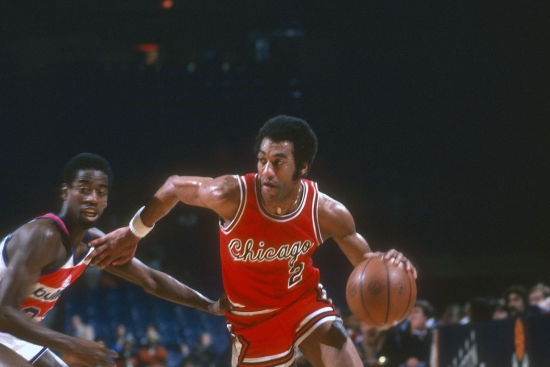 Norm Van Lier played at Saint Francis, and though it was a small school, the Chicago Bulls took him in the Third Round in 1969.  So, this is where run in Chicago started, right?  No.

Before the season started, the Bulls dealt him to Cincinnati, where he won the Assists Title in his sophomore year. Van Lier had an awful start in his third year, and the Royals, who arguably stole him two years before, allowed Chicago to steal him back, and again he was a Bull.

The Point Guard never came close to the 10.1 Assists per Game he had as a Royal in 1970-71, but he was a more complete player.  Van Lier had an eight-year run, where he was named either a First or Second Team All-Defensive Player.  He would also earn Second Team All-Star accolades in 1973-74.

Defense may have become his calling card, but he still had five straight 12 Point seasons, and he was a three-time All-Star.  Van Lier's skills quickly eroded, and he was waived after the 1977-78 Season.

With Chicago, Van Lier had respectable averages of 12.2 Points and 6.9 Assists per Game.