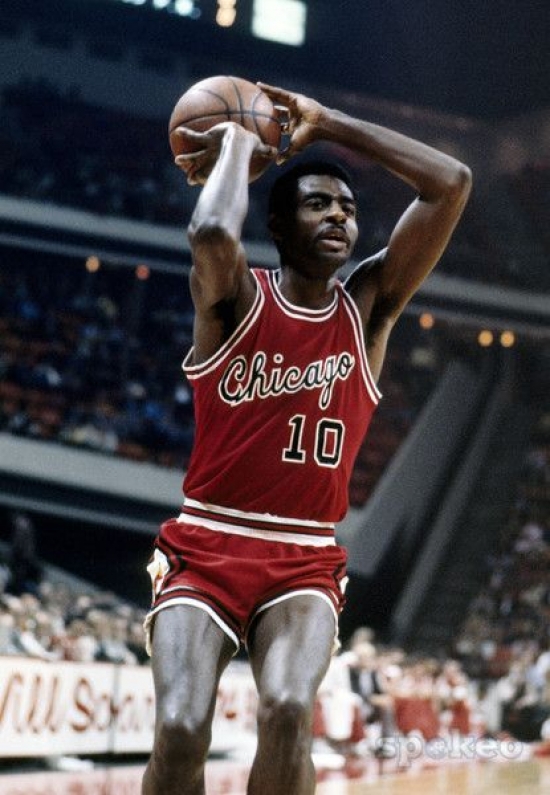 Bob Love played his college ball at Southern, and he did well enough for the Cincinnati Royals to get drafted in the Fourth Round in 1965.  Love didn't make the team, but after a year in the Eastern Basketball League (where he was the MVP), he tried again to make the Royals, and he made the roster.

After a couple of seasons in Cincinnati, Love was traded to Milwaukee but only lasted for 14 Games until he was dealt to the Bulls during the 1968-69 season.  Love remained a role player for the rest of the season, but Love was allowed to take over as the Bulls primary Power Forward, and he made the most of that opportunity.

Love went from 5.1 Points and 8.7 Rebounds to 21.0 Points and 8.7 Rebounds, respectively.  Had there been a Most Improved Player of the Year award in 1970, would Love not have won this?  In the next three years, Love was an All-Star, going over at least 23 Points per Game in all three and earning Second Team All-Star accolades in 1971 and 1972.  Love would also secure three Second Team All-Defensive honors.

Love continued to put up good offensive numbers but was jettisoned off to the New York Nets for a Second Rounder after he had a poor start in the 1976-77 season.  The Bulls were right, as Love was out of the NBA 18 months later, but his overall averages in Chicago of 21.3 Points and 6.8 Rebounds per Game.