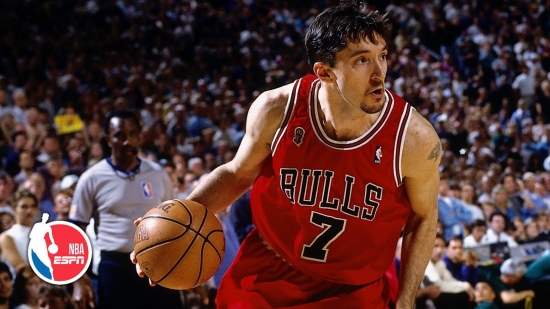 Toni Kukoc was a superstar in Europe in 1990, where he played for Jugoplastika in Croatia and was the reigning EuroLeague Final Four MVP after taking his team to the EuroLeague Title. Despite those accomplishments, Chicago fans scratched their heads when the Bulls used their Second Round Pick to take him.  Two EuroLeague Titles later (the second one being with Treviso of the Italian League), Kukoc was ready to join the Bulls.

Kukoc was immediately popular with the Chicago fans, and he was logging heavy minutes despite usually coming off the bench.  Michael Jordan returned from his stint as a minor league baseball player, and Kukoc was a considerable part of the second three-peat dynasty (1996-98), with Kukoc winning the Sixth Man of the Year in 1995-96.  The Small Forward never had a season in Chicago where he didn't have at least 10 Points per Game, and his best season was an 18.8 PPG campaign in 1998-99, the year after Jordan retired a second time.