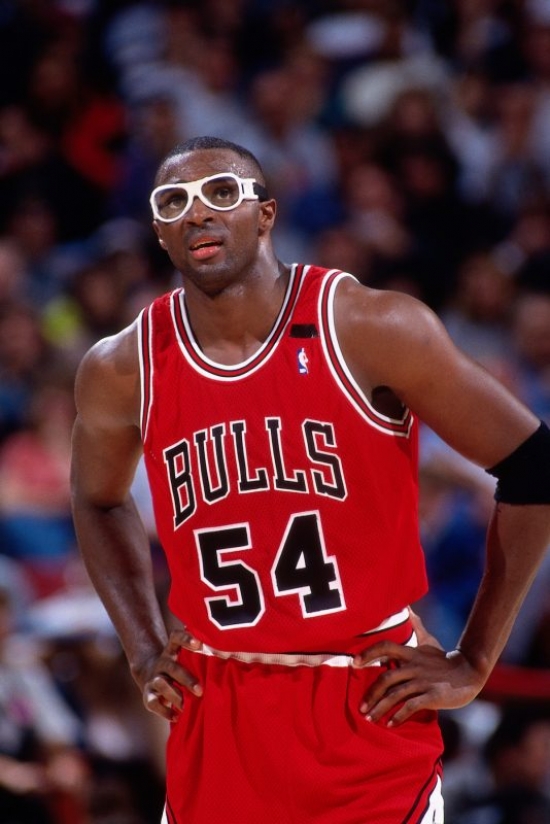 Horace Grant was the 1987 ACC Player of the Year when he played at Clemson, and that allowed him to be a First Round Pick (10thOverall) by the Bulls.

Grant played at Power Forward, and after serving an internship as Charles Oakley's backup, he was the starter after Oak was shipped off to the Knicks.  Grant was the third piece of the triumvirate along with Michael Jordan and Scottie Pippen, and his signature goggles were worn as he blocked many shots and was their primary rebounder.  He was a member of the first three-peat in Bulls history, and blossomed into an All-Defensive Player, which would be named to the Second Team twice as a Bull, and was a full-blown All-Star in 1994.  This was his last season with Chicago, as he signed with Orlando the next year.