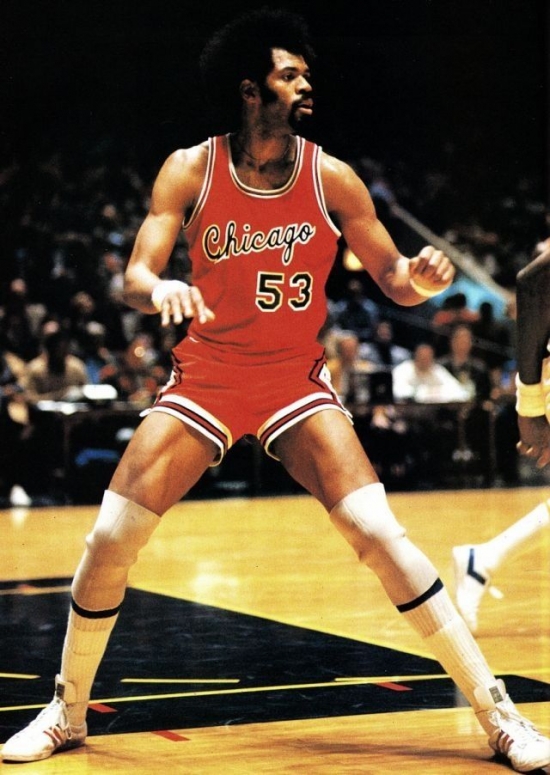 After the selections of Jordan and Pippen, it does not become as easy to rank the greatest Bulls of all-time.  But that makes it all the more fun, doesn't it?

The Chicago Bulls took Gilmore with their Seventh Round Pick in 1971, but this was not a slight on Gilmore's skill, but rather that they knew he would sign with the ABA instead.  The Center joined the Kentucky Colonels, where he played for five seasons before the ABA were absorbed into the NBA, sans the Colonels, folded, and their players were dispersed.  Who got Gilmore?  The Bulls who took him first overall in that specific draft.

Gilmore would not be an MVP like he was in the ABA, but this was still an elite Center.  Playing for the Bulls for six years, Gilmore was an All-Star four times.  With the Bulls, Gilmore consistently kept his rebounding in double digits, and he was still a good scorer, with his worst season in Chicago showing a 17.8 PPG, with him peaking at 23.7.  Gilmore led the NBA in Field Goal Percentage in 1980-81 & 1981-82, but that would be his last two years as a Bull…well, not really.

Chicago traded Gilmore to San Antonio, but he was traded back in 1987, but Gilmore only played 24 Games before being waived.  Gilmore joined Boston for the rest of the year and was in Europe after.