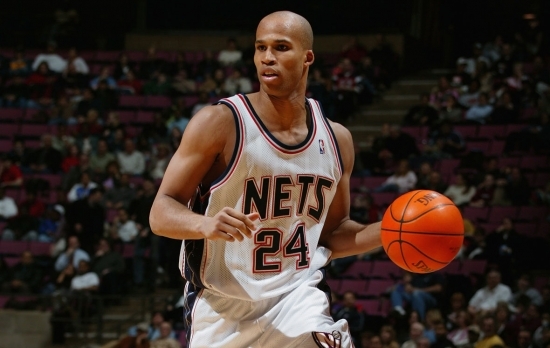 Arriving to New Jersey as a draft day trade. Richard Jefferson would become an integral part of the Nets back-to-back appearances in the NBA Finals in 2002 and 2003.  The Small Forward would gradually grow his skills and at one time he was among the best mid-range shooters in the NBA.  Jefferson would twice go over 22 Points per Game (2004-05 & 2007-08) and over his seven seasons as a Net he had a PPG of 17.4.  While he was never an All Star, a case can be made that he is one of the best players ever who was never chosen for it.

Jefferson would later win the NBA Championship in a minor role with the Cleveland Cavaliers in 2016.