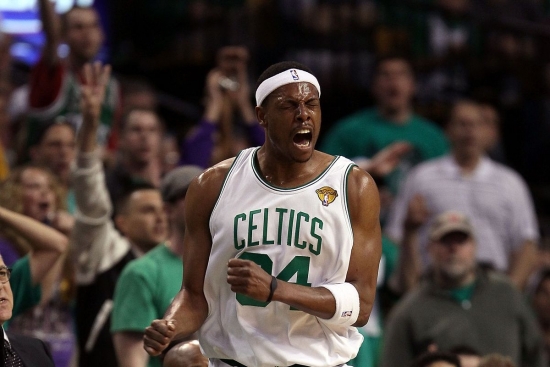 Paul Pierce had a good rookie season (1998-99) where he averaged a little over 16 Points per Game, but it is unlikely that even the biggest diehard Celtic fan knew how good he would be.  Pierce would explode two years later with a 25 PPG year, which was followed by five straight All-Star seasons that included a pair of Third Team All-NBA Selections.  Nicknamed "The Truth", Pierce was an elite shooter and a more than competent court general, but the Celtics didn't have much around him, and they couldn't escape the middle of the Eastern pack until the Boston management swung for the fences landing Ray Allen and Kevin Garnett and this version of the "Big 3" would win it all in 2008 and Pierce would begin a second five-year All-Star run.  In those Finals, Pierce would win the MVP, which was so appropriate given how long he carried the team before he got the help he needed.

Before he was traded to the Brooklyn Nets, Pierce would play 1,102 games for the Celtics with a 21.8 Points per Game Average.