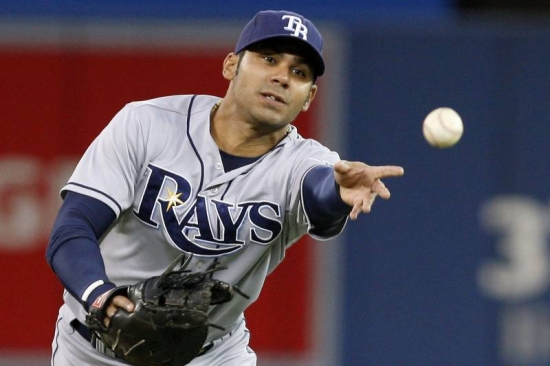 Carlos Pena would play 14 seasons in the Majors with the best run of her career coming with the Rays.  It was especially noteworthy, considering that it happened when most pundits wrote him off the game entirely.

As a member of the Detroit Tigers, Pena would have at least 110 Hits in 2003 and 2004, but his play would fall off, and he would be up and down from the majors and minors with Detroit and later Boston.  He would sign a minor league contract with the Rays in 2007, and very little was expected of the First Baseman.  What transpired next was a shock to everyone, and perhaps Pena himself.

Pena would make the main roster, and while his start was slow, he would show off the best power numbers of his life.  Pena belted 46 Home Runs with 121 Runs Batted In (both career-highs), and he would also have a strong On Base Percentage of .411 and Slugging Percentage of .627.  He would win the Silver Slugger that year and finish 9th in MVP voting while also securing the American League Comeback Player of the Year.

He repeated his power numbers over the next two seasons with campaigns of 31 and 39 respectively, the latter winning him the Home Run Title.  In both of those years, he would also secure a three-digit 100 RBI campaign, and would again finish ninth in MVP voting in 2008.  Pena would also capture the Gold Glove in 2008 and was an All-Star in 2009.  He would play one more year before signing with the Chicago Cubs as a Free Agent in 2010.