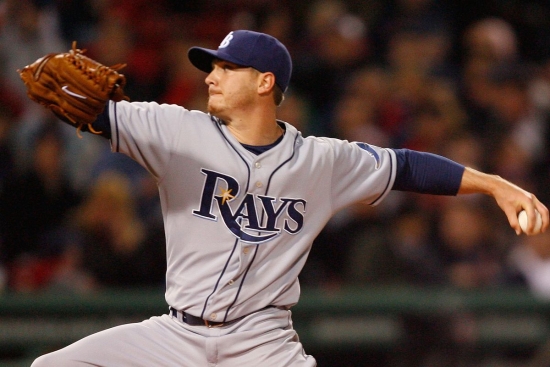 Known for his four-seam fastball and slider, Scott Kazmir fanned many batters in a Tampa Bay Ray uniform.

Before he suited up for Tampa, he was a first round pick by the New York Mets in 2002.  Shortly after he was traded from the Mets organization, he made his big league debut with the Rays and made seven starts.  Kazmir was set to stay as a starter, and in the next four years, he won at least 10 Games and had 160 Strikeouts.  In this time frame, Kazmir would be an All-Star twice (2006 & 2008), and he led the American League in Strikeouts In 2007 with 239.