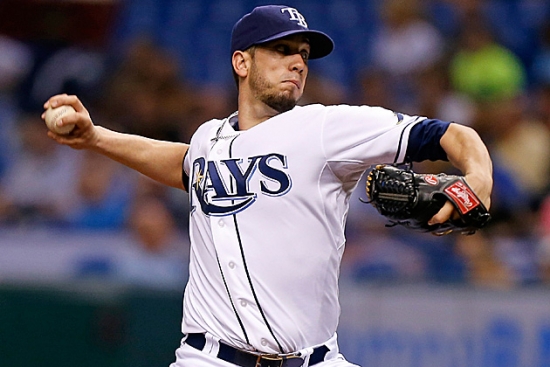 James Shields made his Major League debut for the Tampa Bay Rays in 2006, and he would play there until 2012.  Starting 217 of his 218 Games, a Ray, Shields became an upper-end starter and certified innings eater for the team.