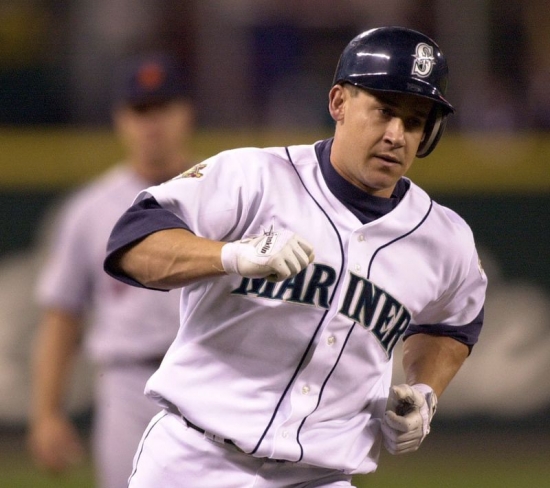 Bret Boone would make history as the first-ever third-generation Major League Baseball player when he debuted with the Seattle Mariners in 1992.

Boone played there for two seasons but was not a regular starter.  He was traded to the Cincinnati Reds, where he would become their starting Second Baseman, a role he would have for five seasons.  After a year in Atlanta and one more in San Diego, Boone was set to return to Seattle as a Free Agent, and he would embark on the best run of his career.

In his first season back with the Mariners, Bret Boone would have the best season of his life.  Going to his second All-Star Game, Boone would post personal bests in Runs Scored (118), Hits (206), Home Runs (37), Runs Batted In (141, also AL-leading), and the three components of the Slash Line (.331/.372/.578).  Defensively was also good, as he led the AL Second Basemen in Total Zone Runs with 12, and while he didn’t win the Gold Glove this year, he would win it the next three seasons (though he probably should not have).  Boone finished third that season in American League MVP voting.

In the next two seasons, Boone would go his third All-Star Game and continued putting up god power numbers, with his second 30 Home Run seasons, and two more 100 RBI campaigns.  He would only hit 24 Home Runs in 2004, and would go into a steep decline in 2005, and would be dealt to the Minnesota Twins.  He would be out of the game shortly after.

Boone would collect 863 Hits with 143 Home Runs over his Mariners career.