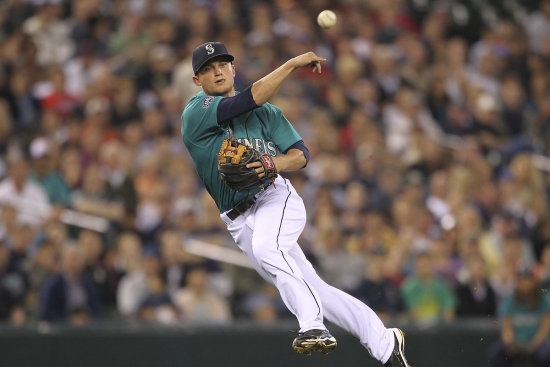 As of this writing, Kyle Seager has completed ten seasons with the Seattle Mariners, which is to date the only Major League team he has played for.

Seager made his debut in 2011 and would win the starting Third Base job the following season.  In this season, he would belt 20 Home Runs, which has begun a streak of at least hitting 20, which he still has of this writing.  In 2014, he would have his best season in baseball, where he was named an All-Star and would win the Gold Glove while also leading the American League in Total Zone Runs.  Seager is one of the better defensive Third Baseman, having led all of his peers in the AL three times in Assists and Double Plays.

As of this writing, he had 1,257 Hits and 207 Home Runs for the team, but his low On Base Percentage of .326 makes it difficult to rank him higher.