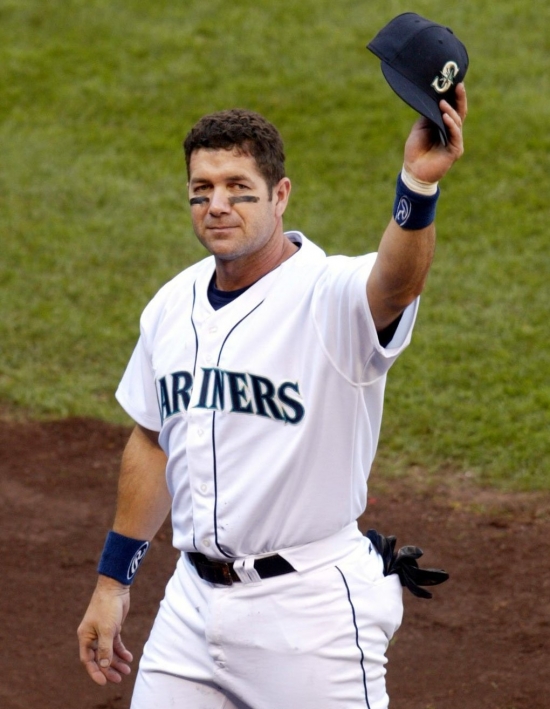 We almost put him number one, and would there not be a lot of logic for us to do so?

We can go to our grave jumping up and down that Ken Griffey Jr. is the better baseball player, and since his prime (which was a long one) was exclusively in Seattle, placing “Junior” at the top makes sense.

But was anyone more loyal and productive for a longer period of time as a Seattle Mariner than Edgar Martinez?

This was really close.

Moving on, Edgar Martinez would play his entire 18-year career in Seattle.  He signed with the club as an Amateur Free Agent in 1982 and would debut with the big club in 1987.  The first few seasons were unspectacular for Martinez, as he bounced back and forth from Seattle to Triple A, but it all changed in 1991 when he would become the starting Third Baseman.  Martinez batted .302 that year with 11 Home Runs, and anyone who can hit .300 over a full season will likely secure a spot for some time in the Majors.

Martinez batted in .307 in 1991 but would win the American League Batting Title with a .343 average, while also leading the league in Doubles (46) and capturing his first Silver Slugger in the year that followed.  Injuries reduced him to 131 Games in 1993 and 1994 combined, and he would return healthy in 1995, but now as Seattle’s Designated Hitter, a role he held until he retired in 2004.

As the Mariners’ DH, he went to six All-Star Games, won four Silver Sluggers, won the 1995 Batting Title and won three On Base Percentage Titles.

Martinez retired after the 2004 season, and he was widely regarded as the greatest Designated Hitter in the history of the game.  We don’t say this flippantly.  The award for the Designated Hitter of the Year was renamed the Edgar Martinez Award in his honor.  Ironically (we think it is ironic), this award would take his namesake before the Baseball Hall of Fame would induct him.  He would finally enter Cooperstown in 2019, his final year of eligibility.